It's not often that a car can play so many roles. BMW M Cars can play the role of a daily driver, show queen or track toy. They can also be all 3 if need be! This M4 has a wide range of top shelf products from Akrapovic, BBS, Brembo and BMW themselves. This car had the front end aero down pretty well--BMW M Performance front splitters with an APR Carbon Fiber chin splitter underneath them. The rear featured an M Performance carbon fiber deck lid lip spoiler and a Kohlenstoff carbon fiber rear diffuser. The driver ultimately found the rear a bit underwhelming so they sourced an OEM M4 GTS wing. The carbon fiber wing off the M4 GTS is a quality piece that would complete the look of a heavily carbon-clad car like this. The M4 GTS wing looks wild for a BMW part even in its base configuration with shorter stays and sleek end plates. The wing was made to look even wilder with optional wider end plates and high wing mounts from RKP. With the new wing now working with the M Performance spoiler, the whole car now looks more visually balanced and ought to be more balanced when driven on the canyons or the track! 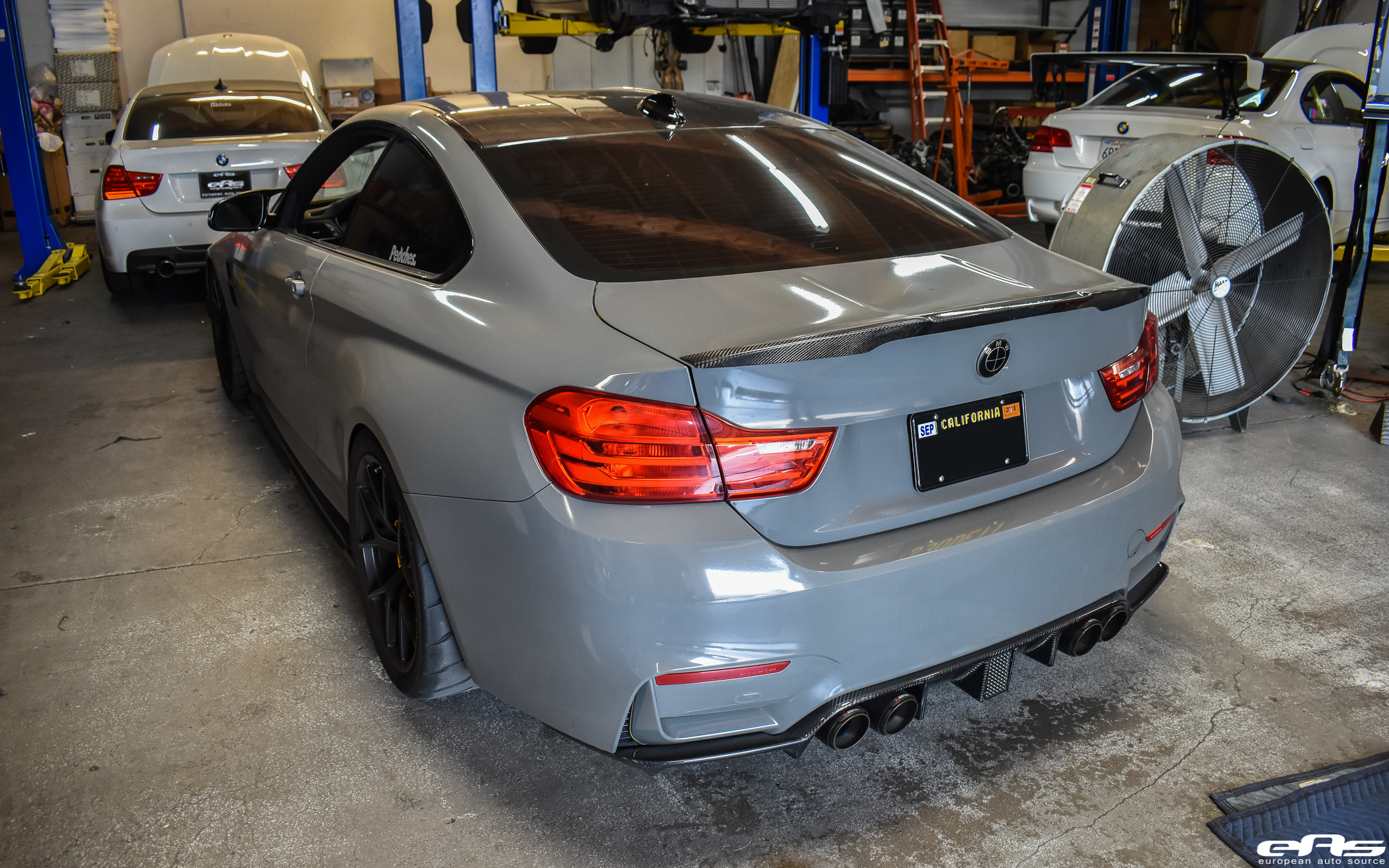 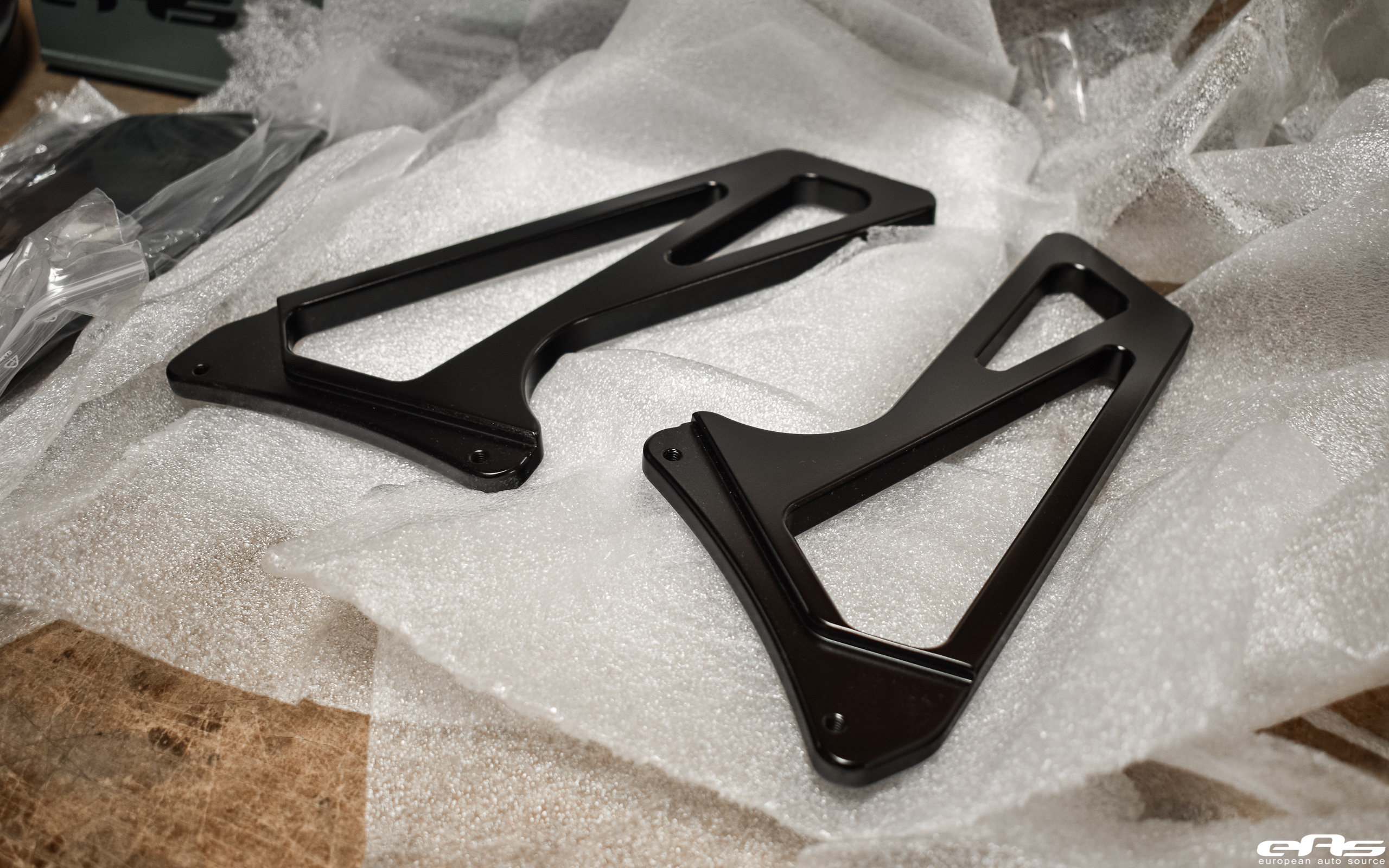 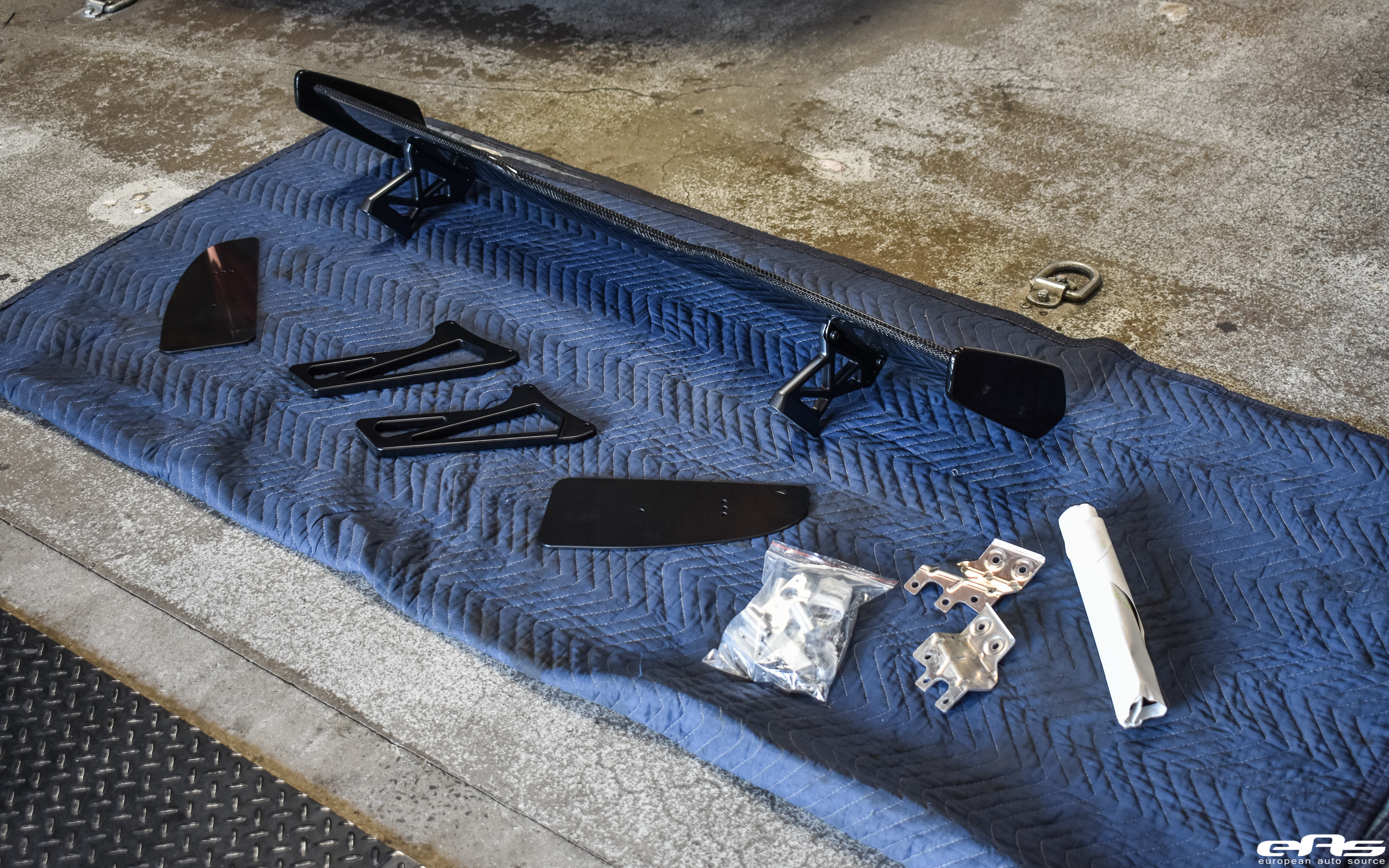 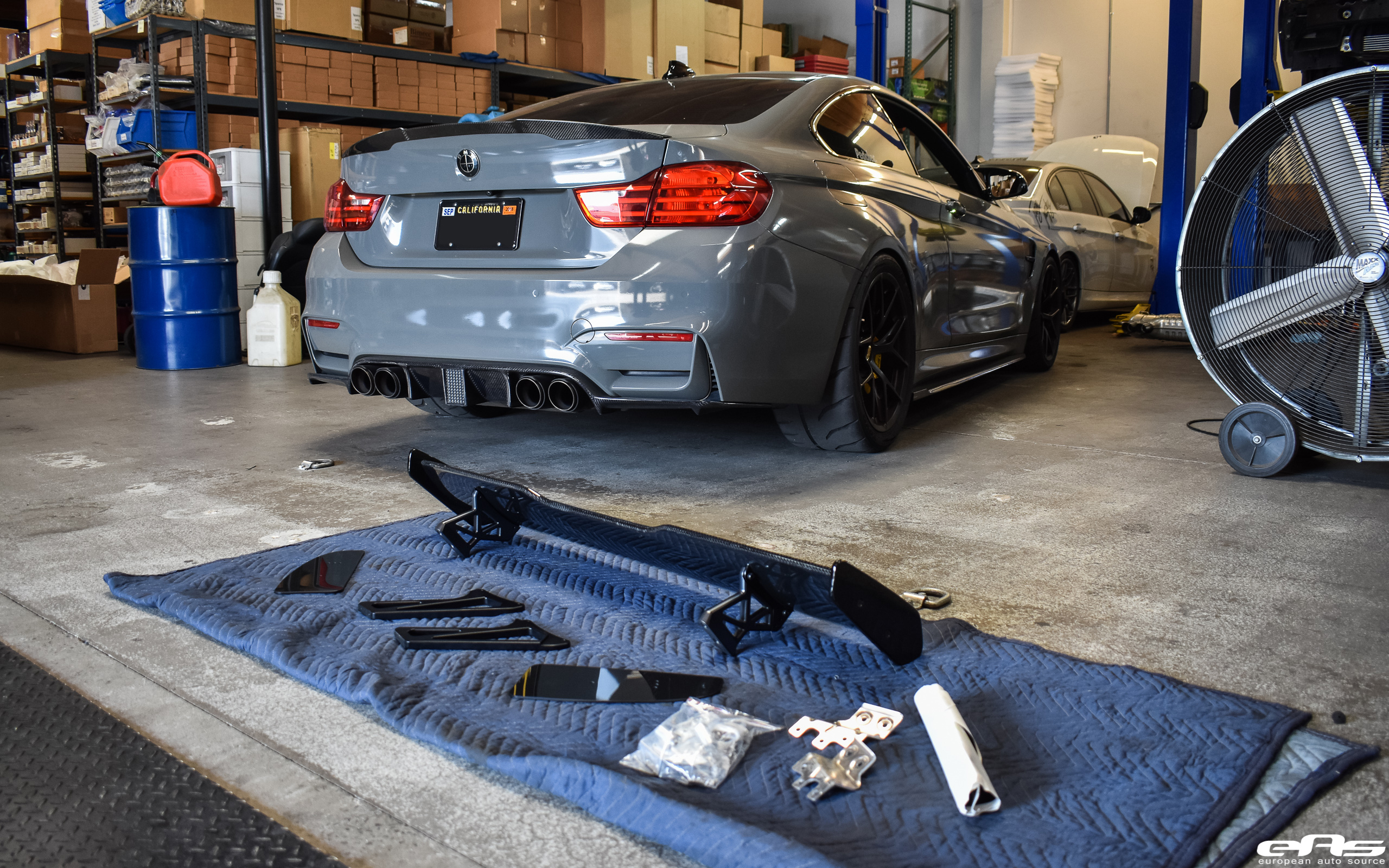 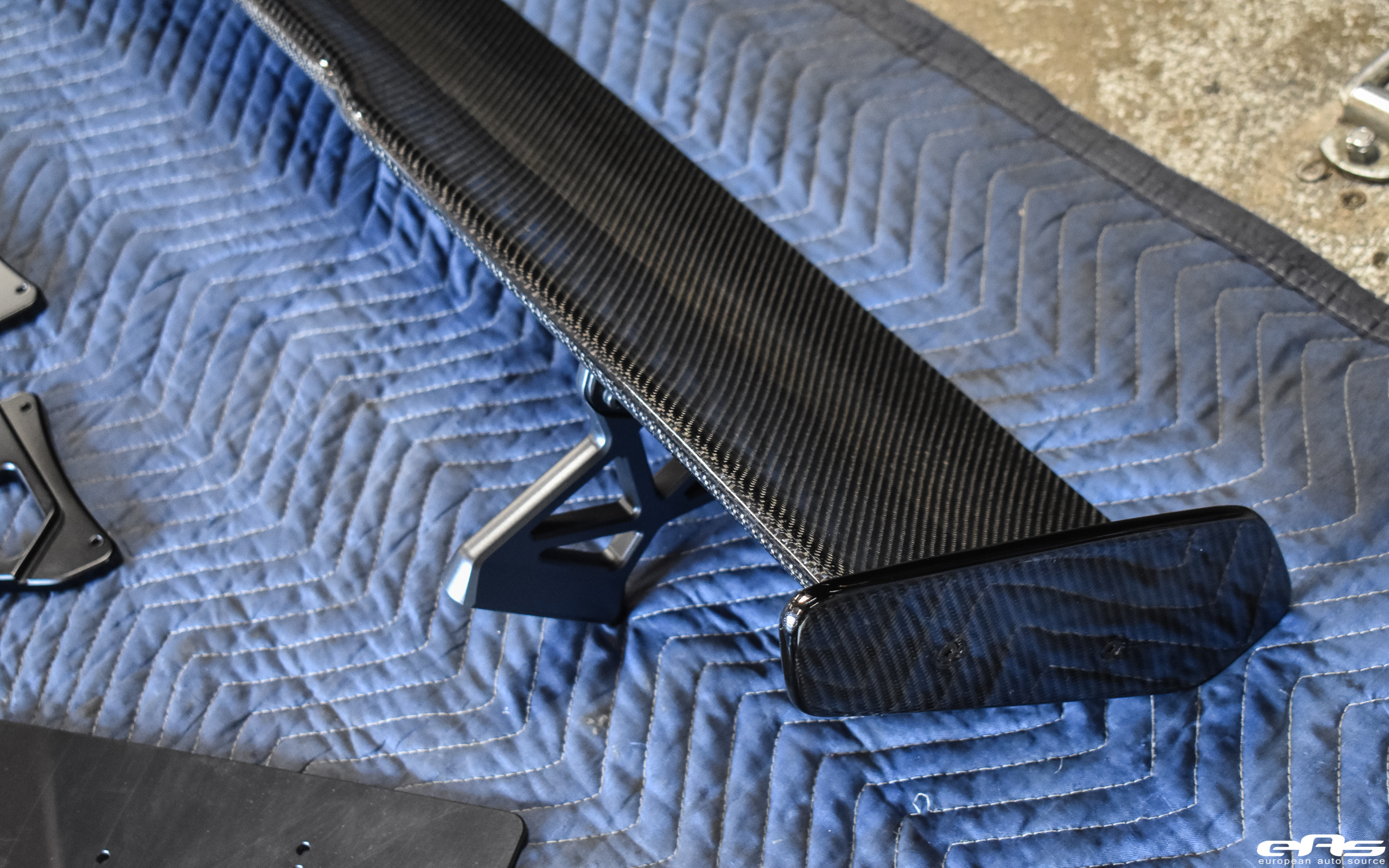 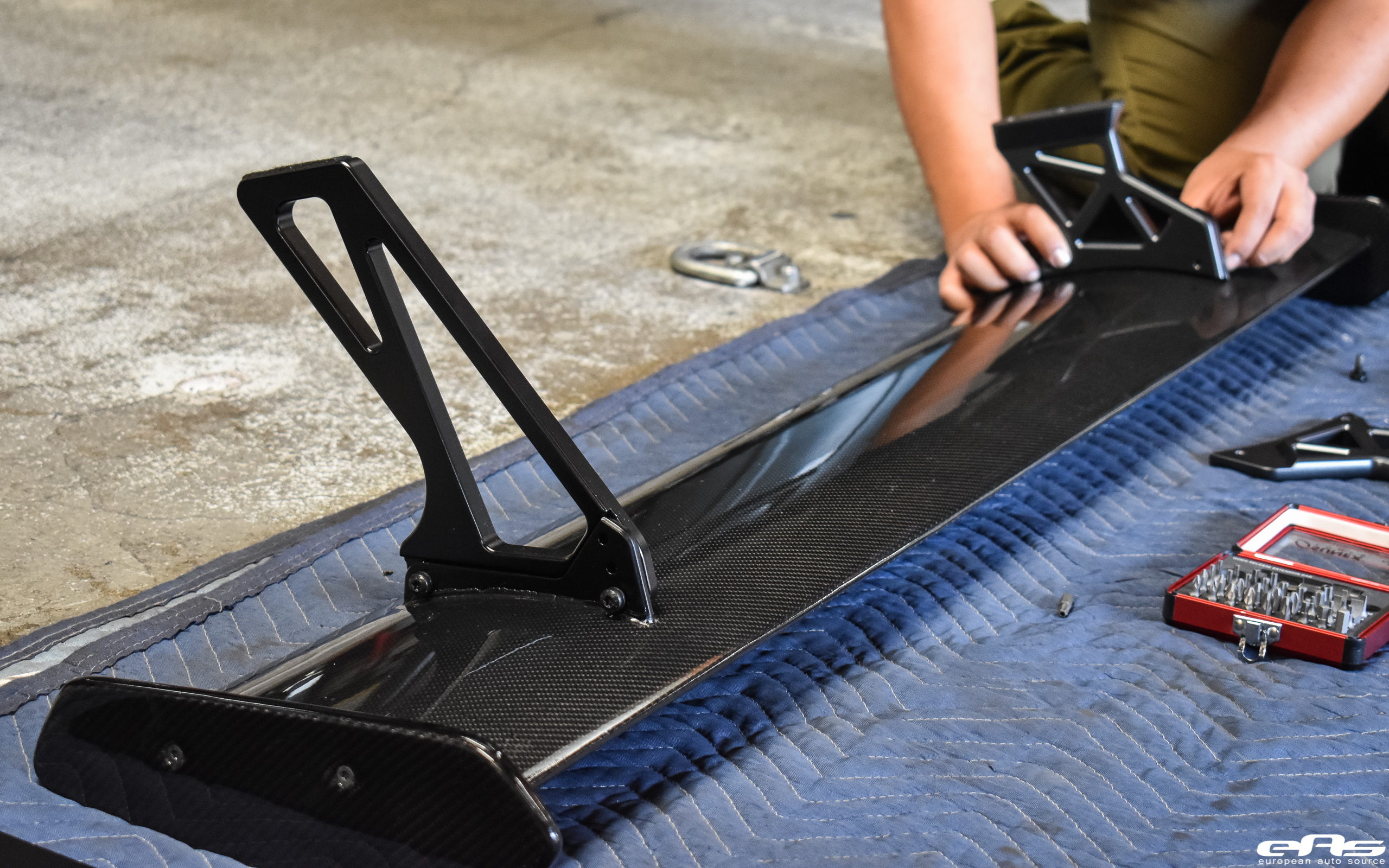 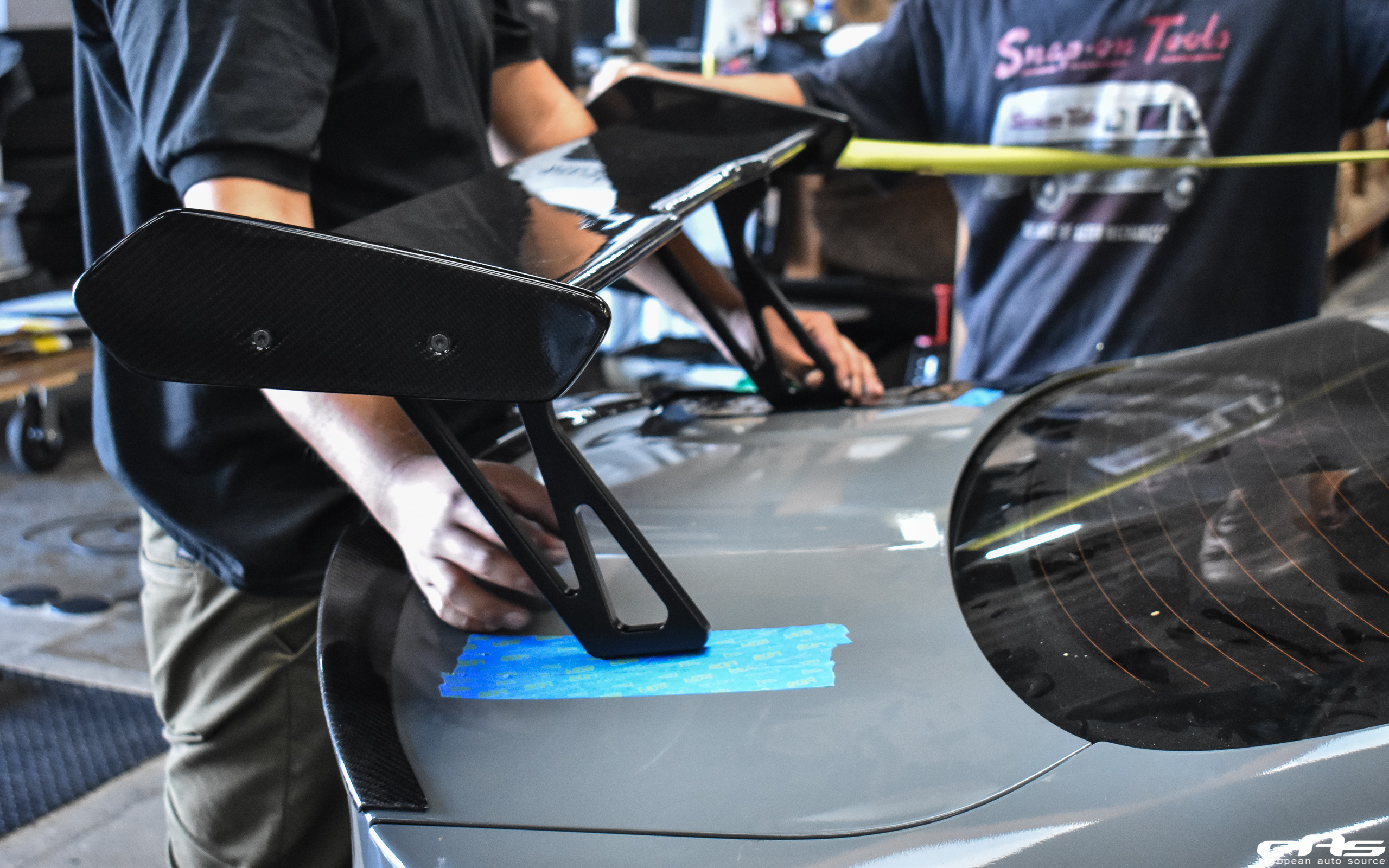 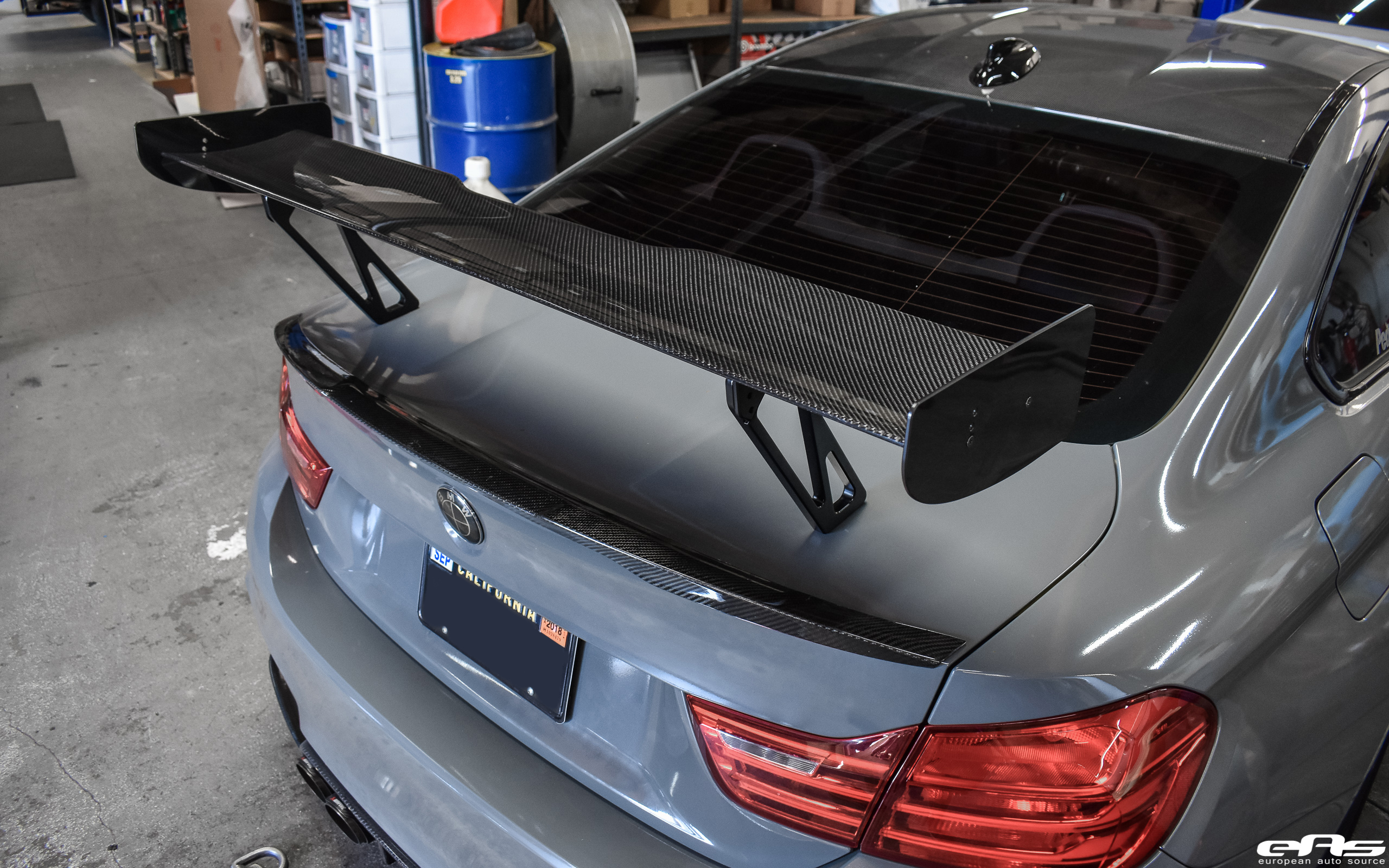 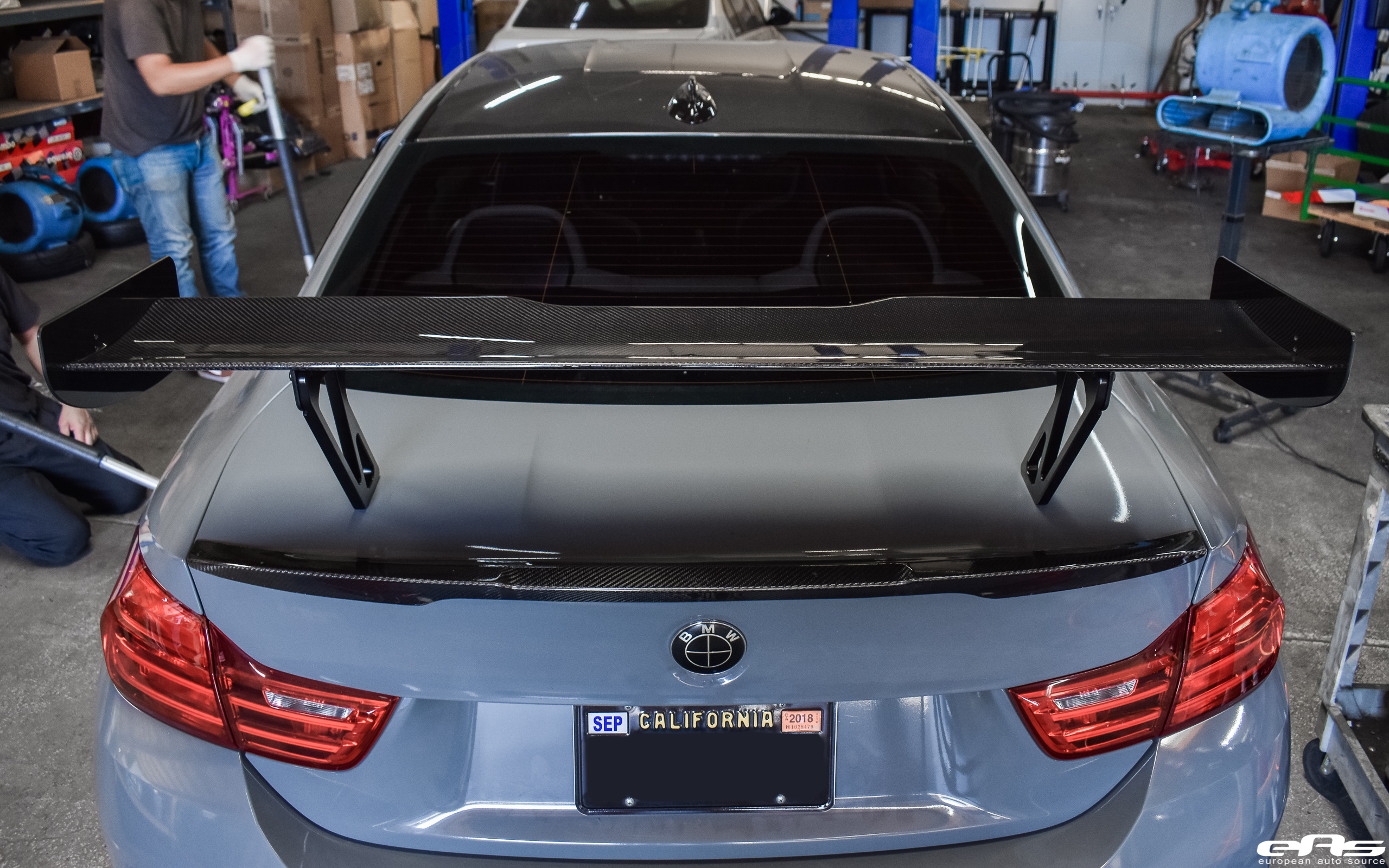 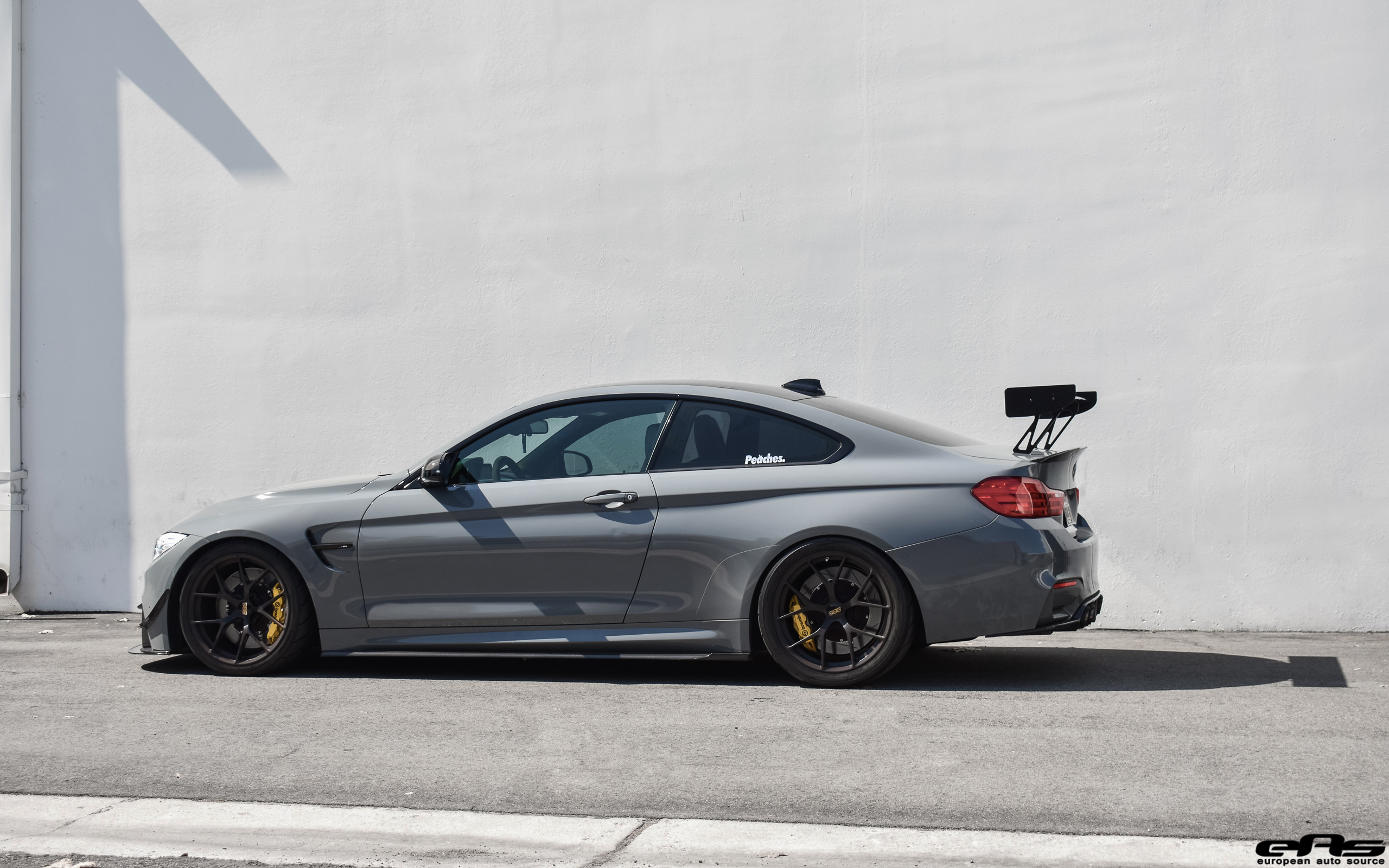 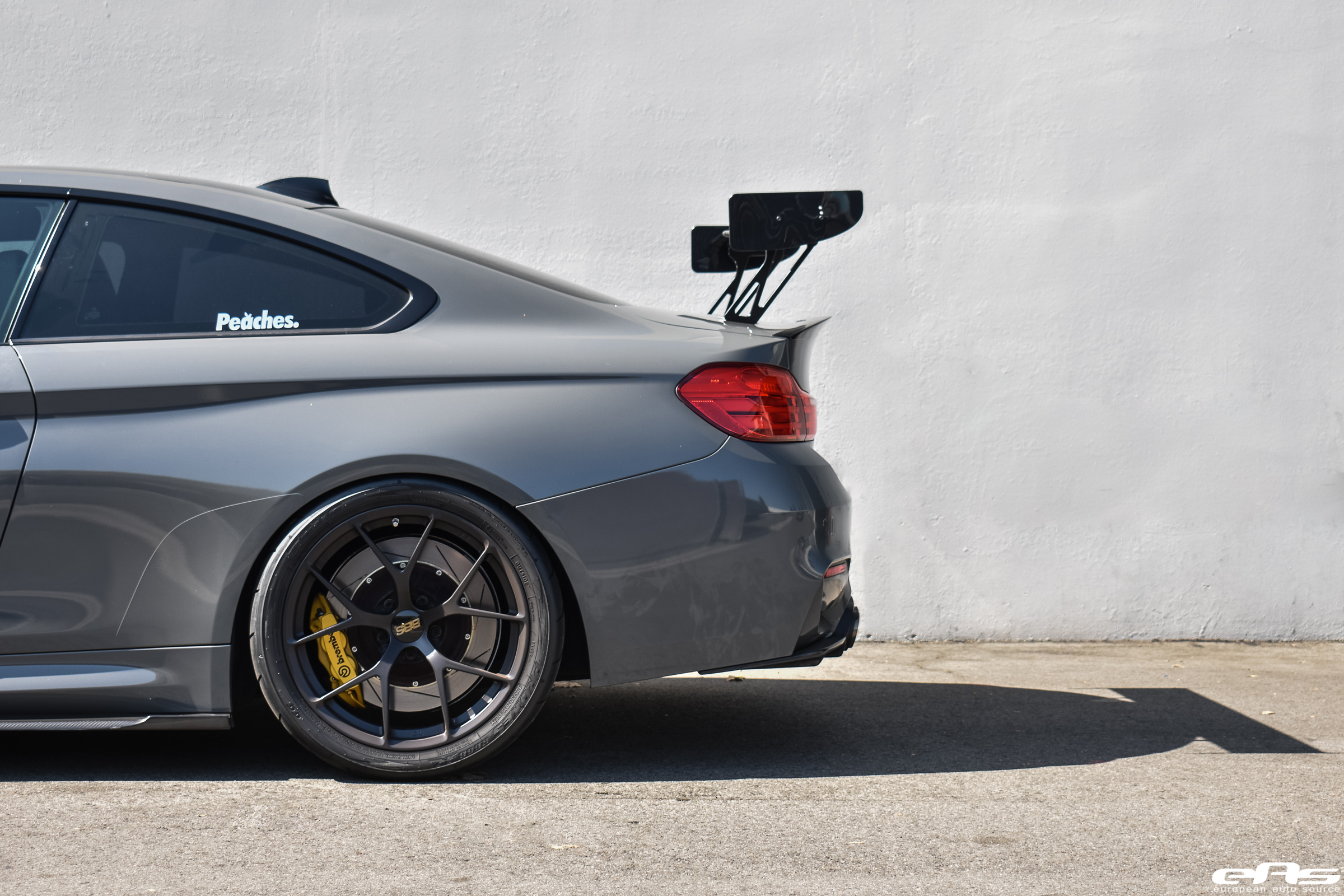 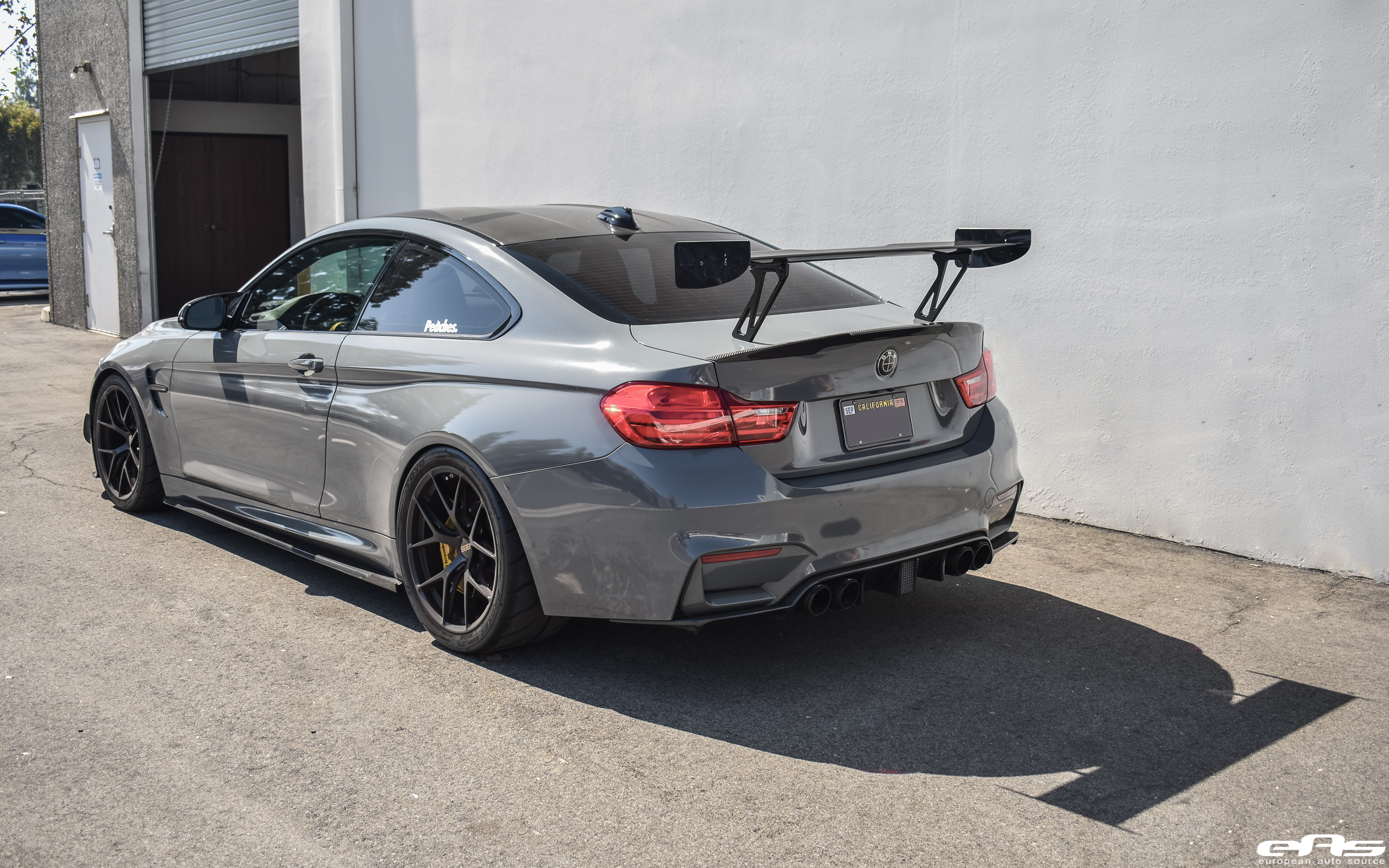 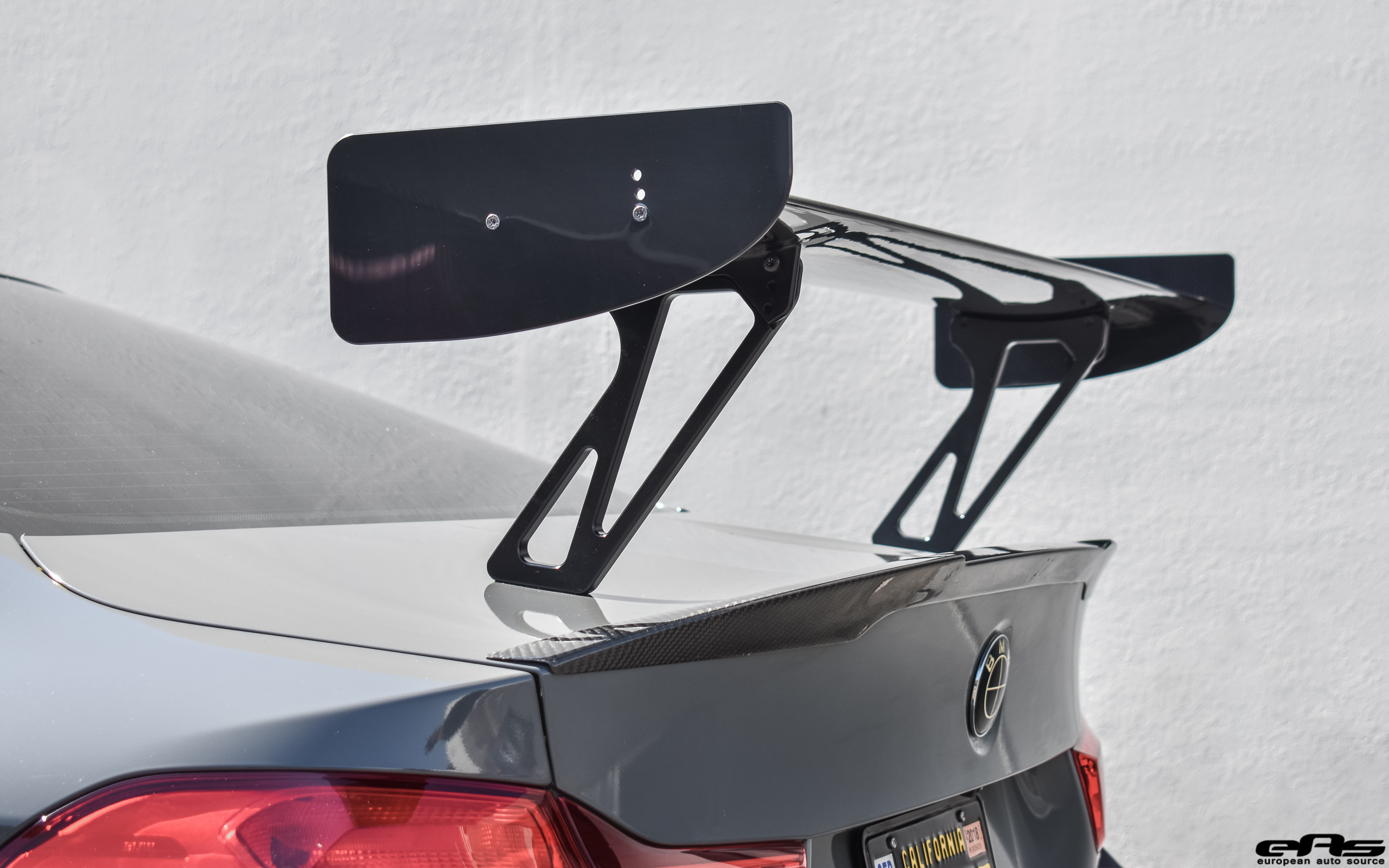 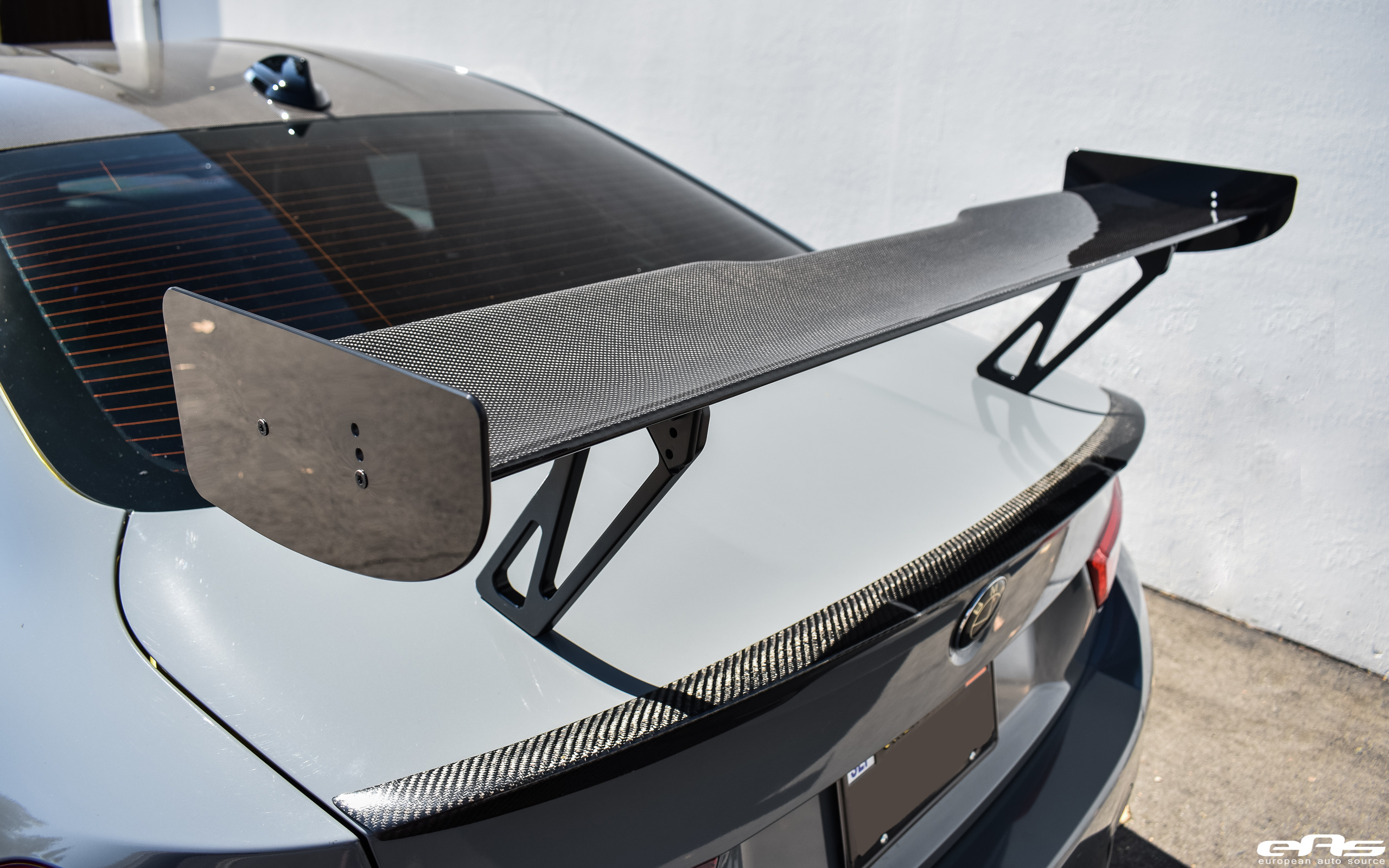 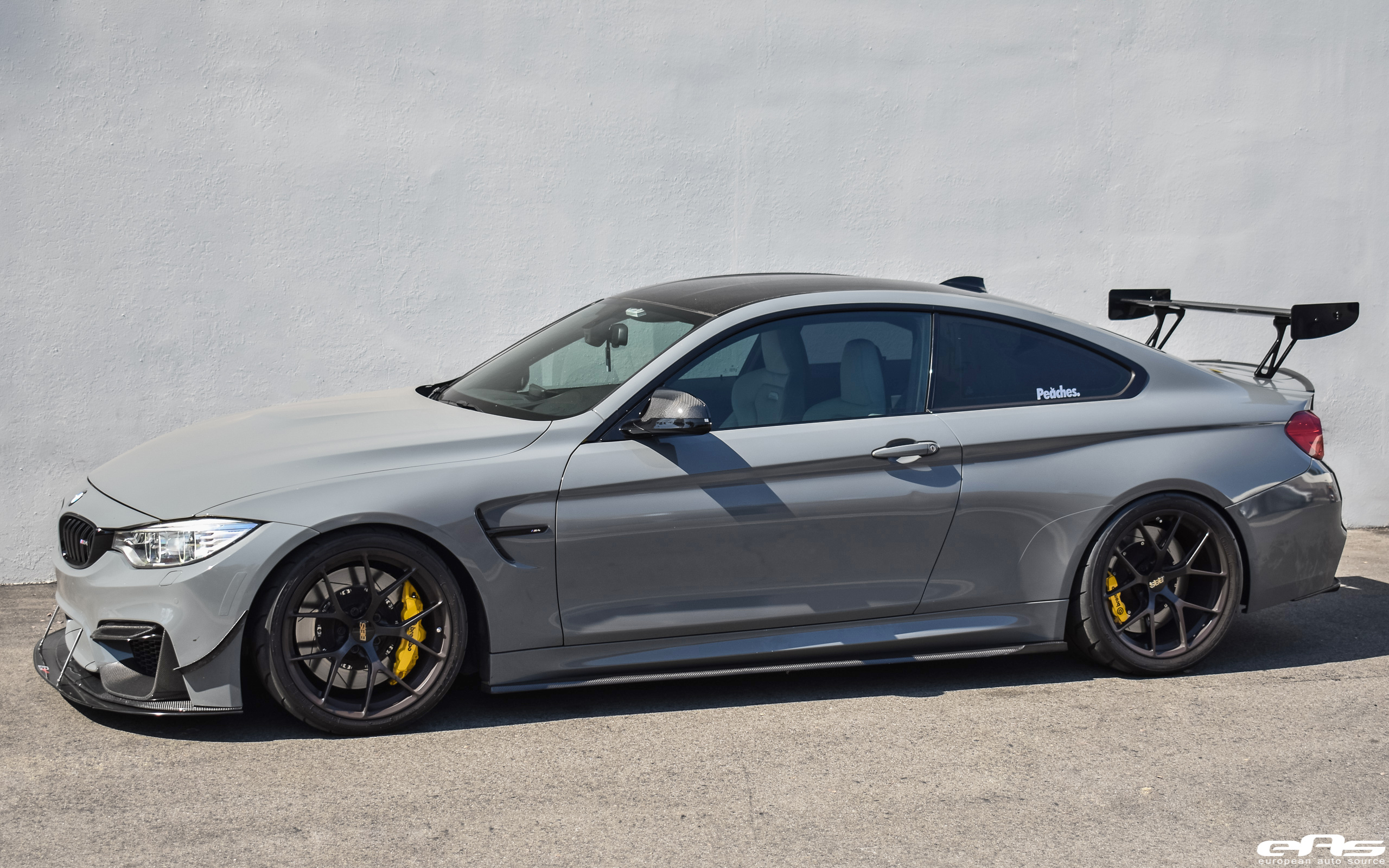 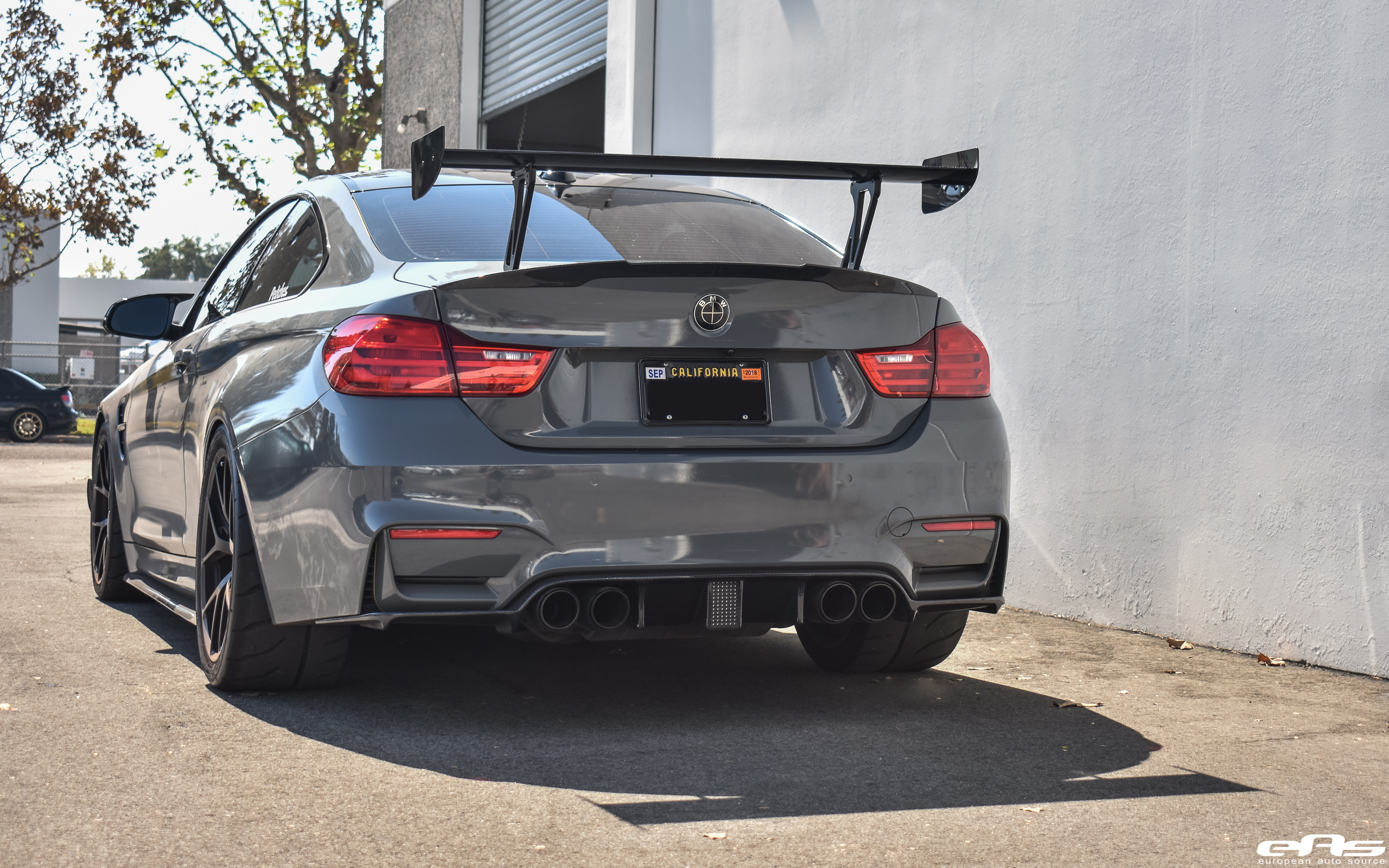 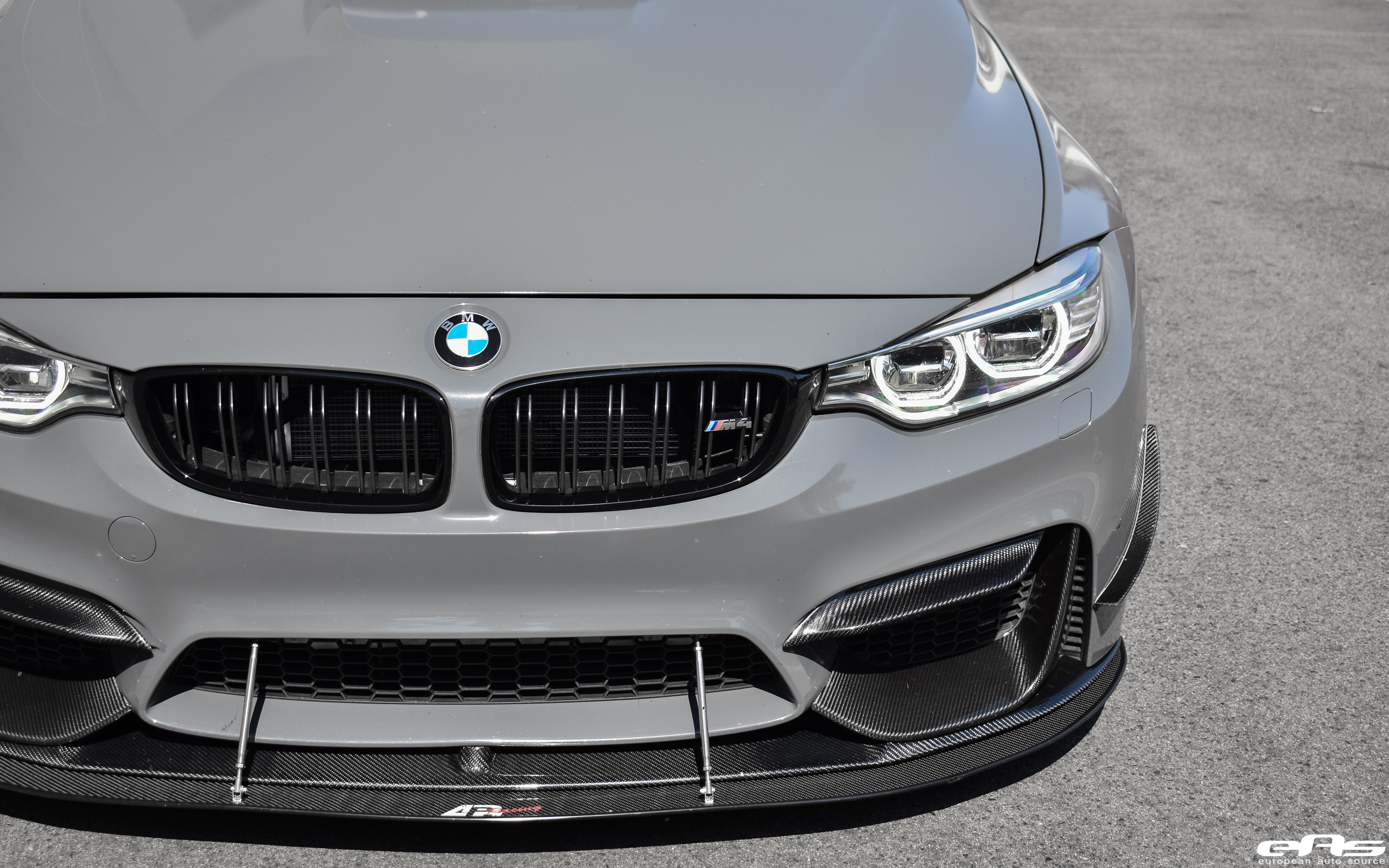 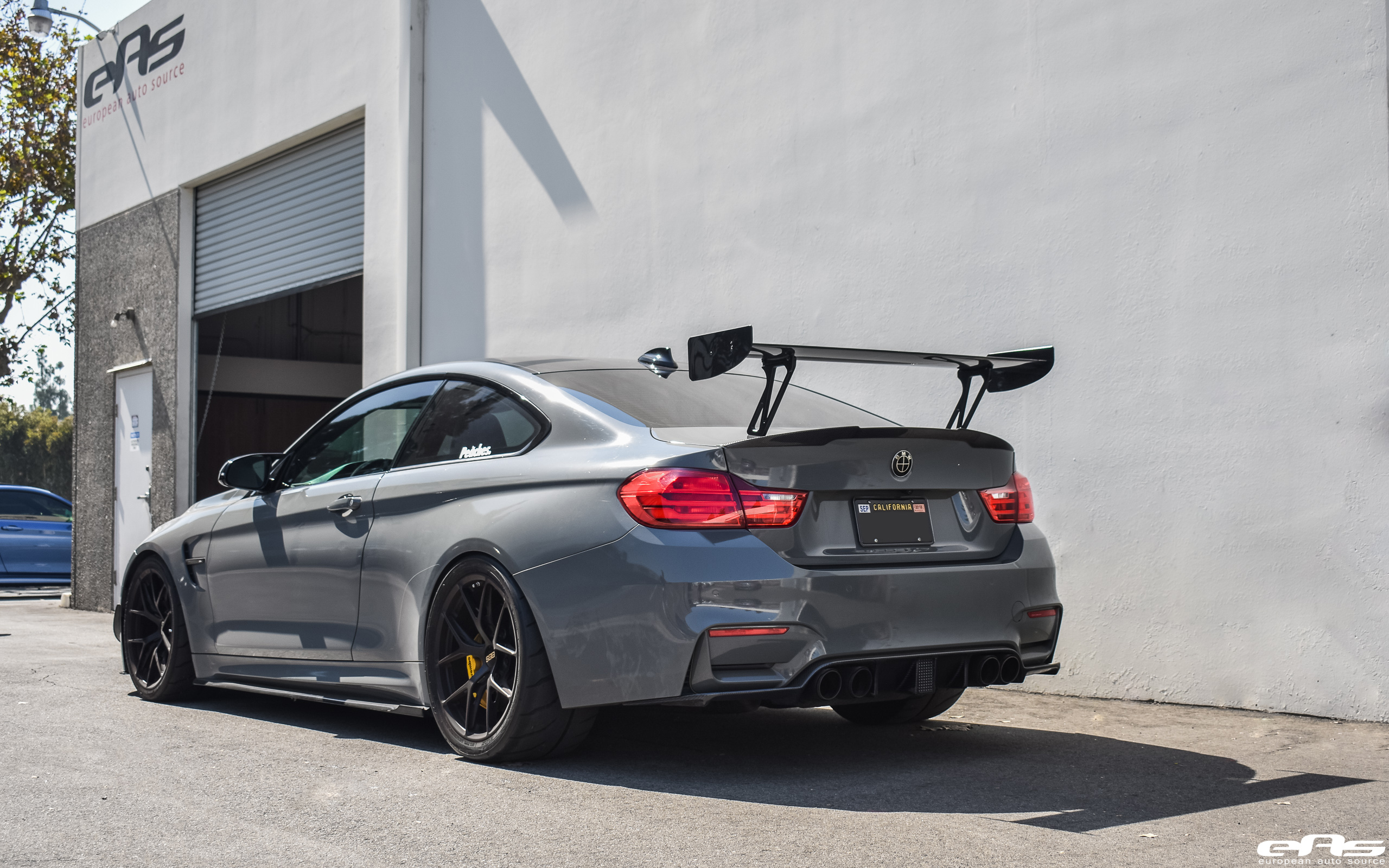 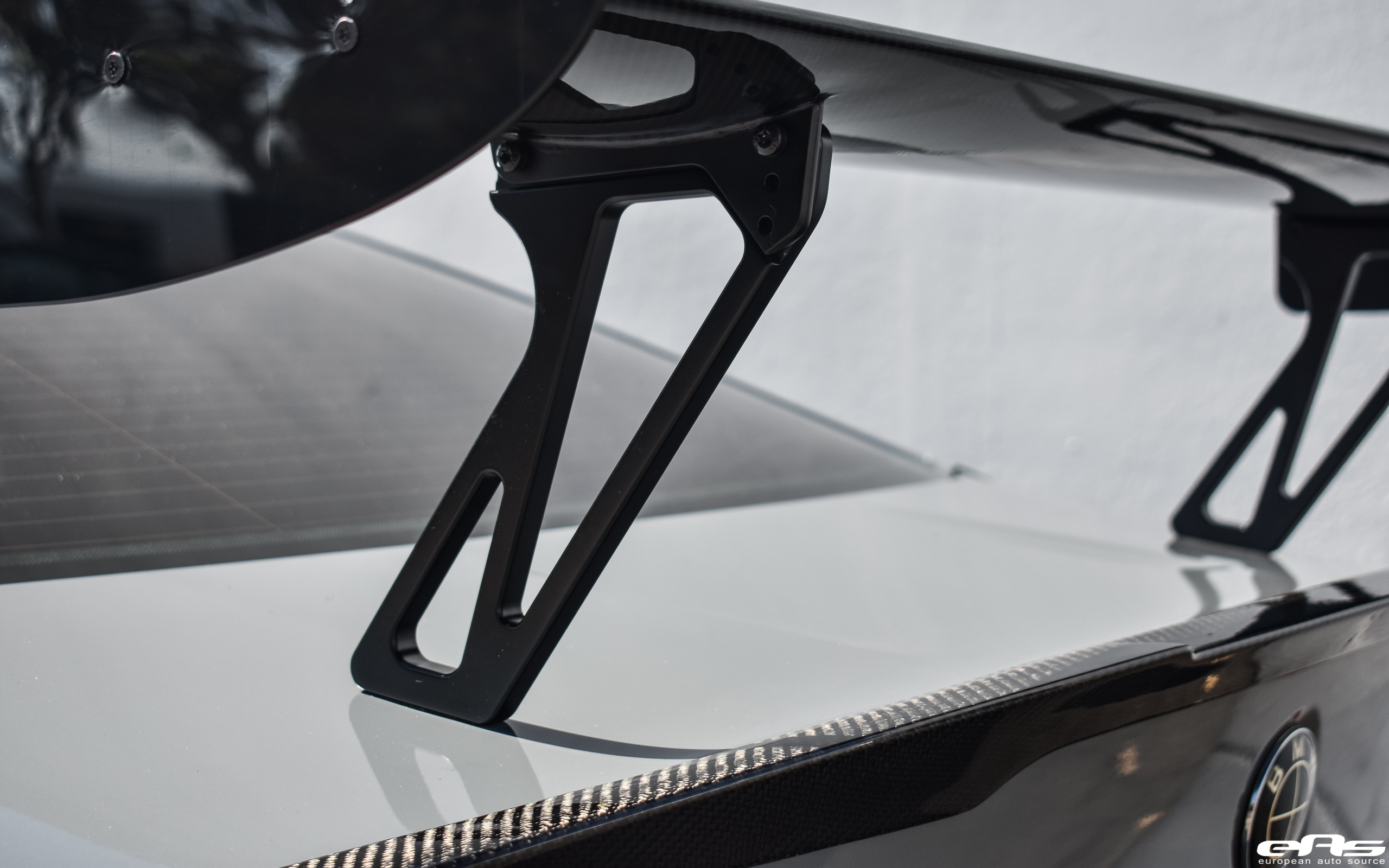 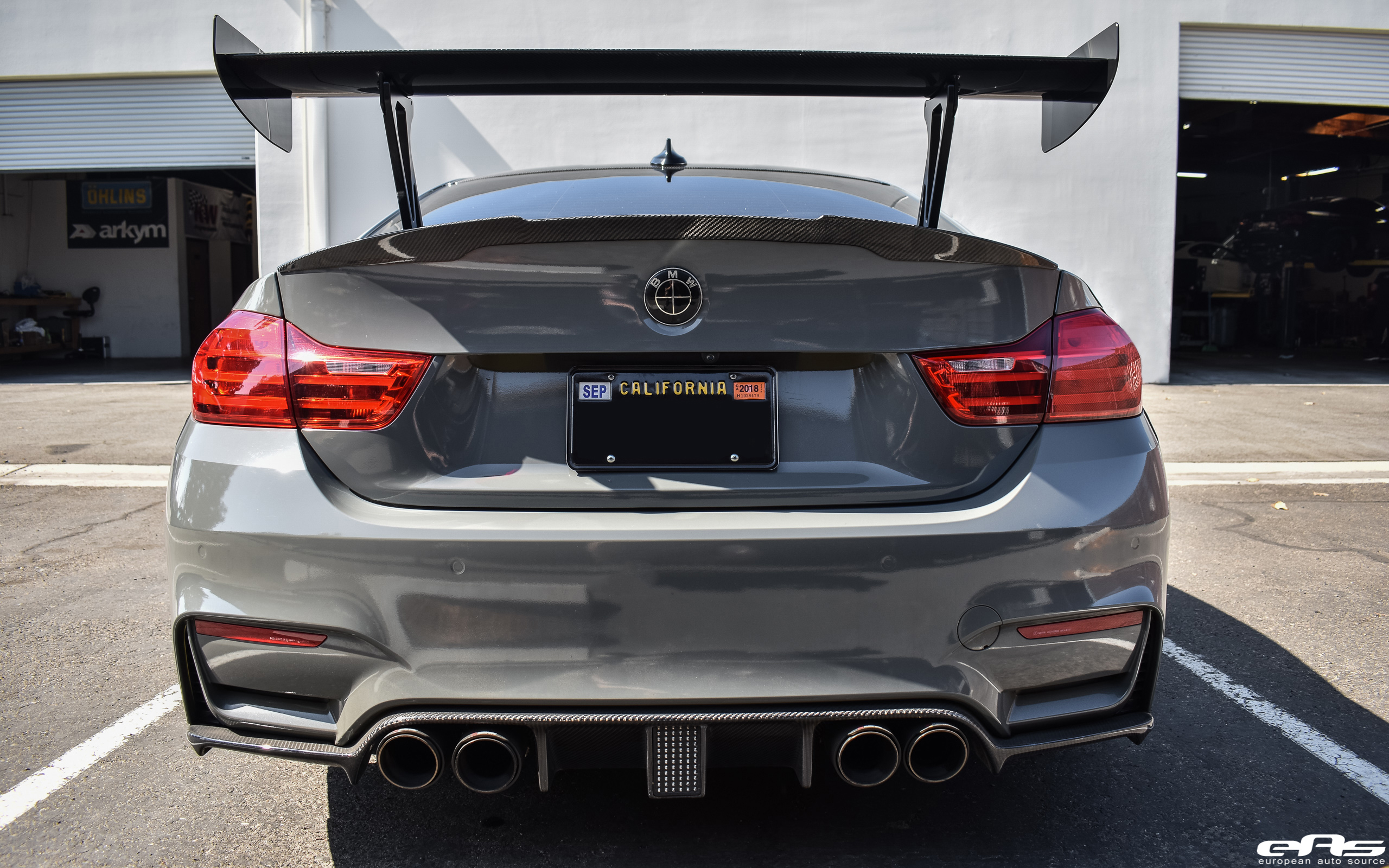