Born as a successor to the Mercedes Benz 300 SL Gullwing, the SLS AMG packs a monstrous 6.2L V8 motor,channeled through a rear-axle-mounted seven-speed dual-clutch automatic gearbox. Although this model doesn't feature gullwing doors, that doesn't detract from the beautiful exterior finish and design of the vehicle. Both the interior and exterior are a work of art. Engine development and assembly for the SLS AMG is done strictly by one of 50 AMG Master Engine Builders and each builder places a placard on the engine, signifying the completion of the heart of the car. Featuring an active rear wing, we equipped this SLS with a Renntech Carbon Fiber Front Lip Spoiler as well as a Brabus Carbon Fiber Rear Spoiler to add not only even more aggressive style, but also increased aerodynamic function.

Its roughly 563 hp engine is enough power to get the SLS from 0-to-60 in only 3.5 seconds, but for this owner 563 hp was not enough. We installed an Akrapovic Evolution Titanium Exhaust System, whose performance exhaust system further enhances the driving experience by adding a famed Akrapovic sound, but also an exhaust valve control system and stunning carbon fiber exhaust tips with a titanium core. When fully open, the sound will make you tremble. To add even more additional power, a Weistec tune was also installed.

Mercedes is known for having stellar interiors in their cars and the SLS is one of those cars. Showing off its many pieces of carbon fiber interior trim, it reminds the driver of how the car was designed with light weight in mind. The black on bright red upholstery grabs your attention immediately, drawing your attention to the seats, which being only a two seat car, appear to take up more space than most other seats. Nonetheless, the seats provide the driver with a belt holster, full adjustability, heating, and in case you forgot what you were driving, an AMG badge. 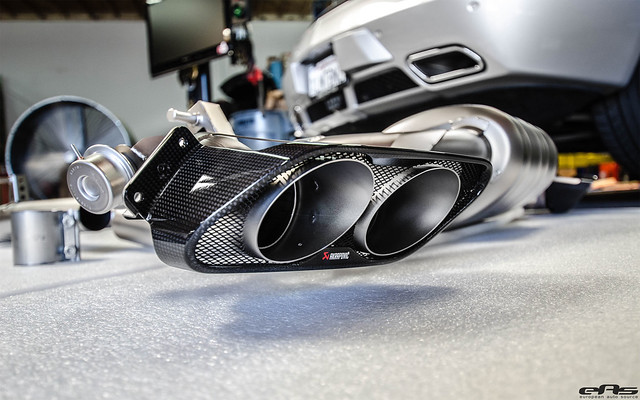 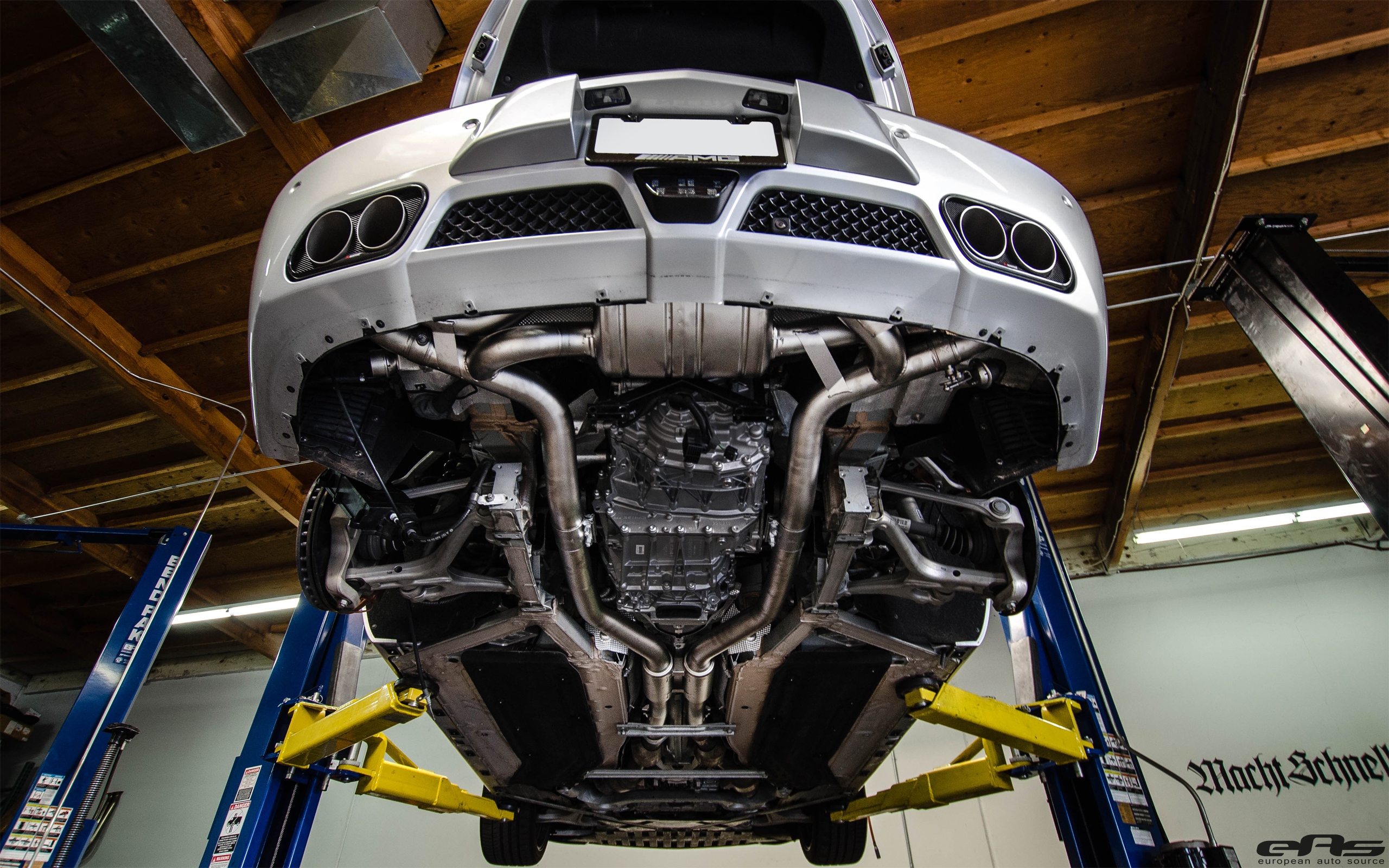 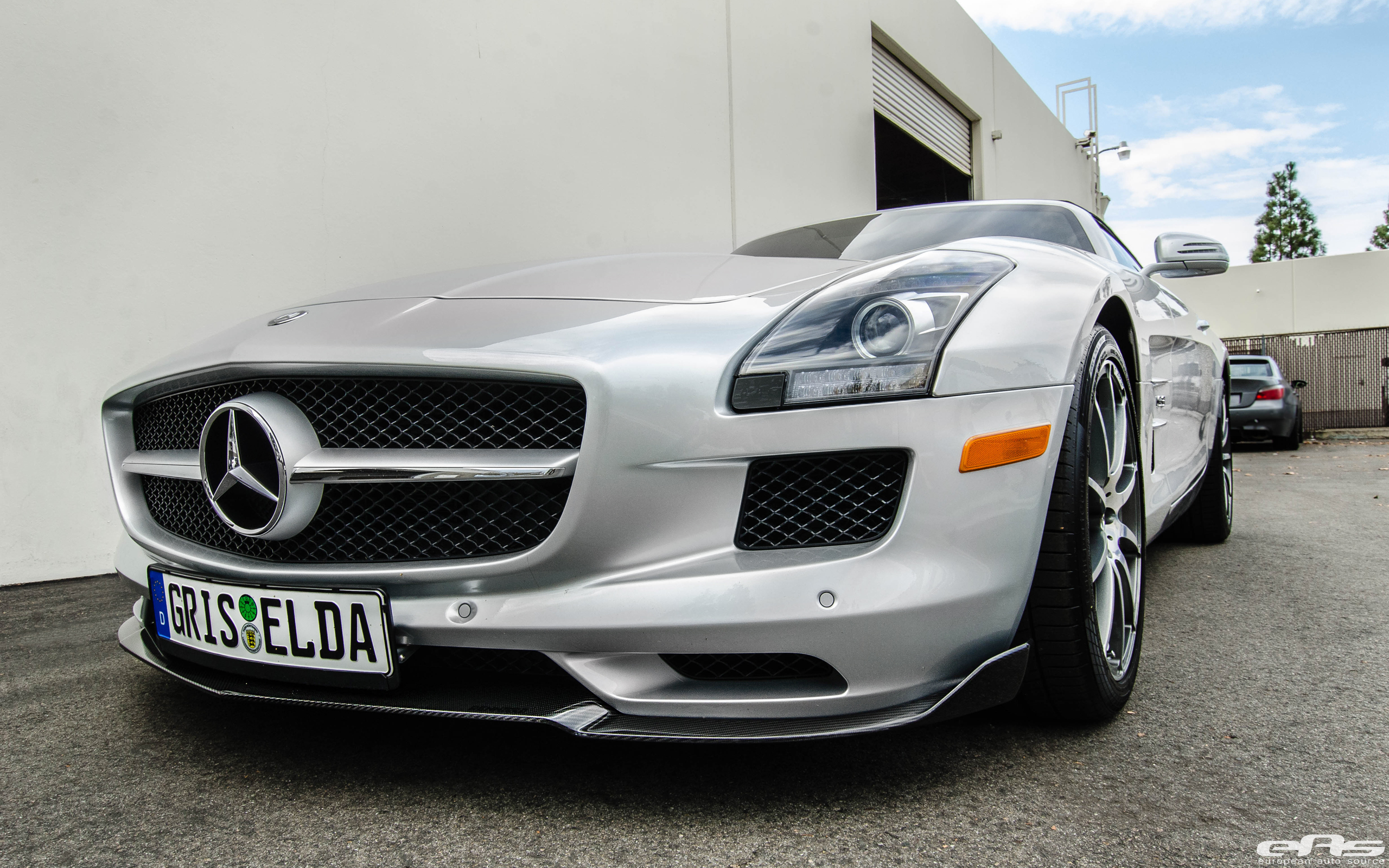 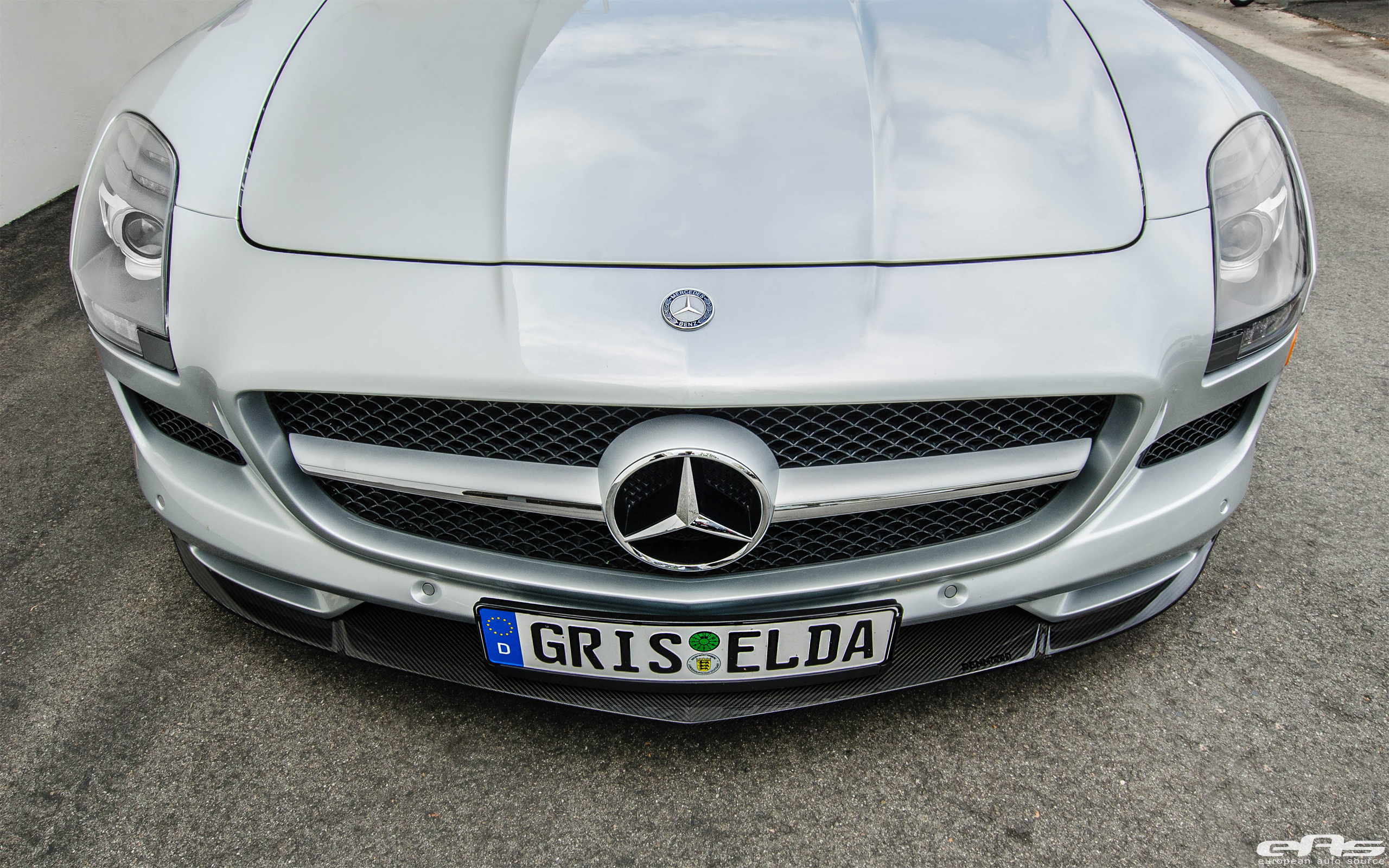 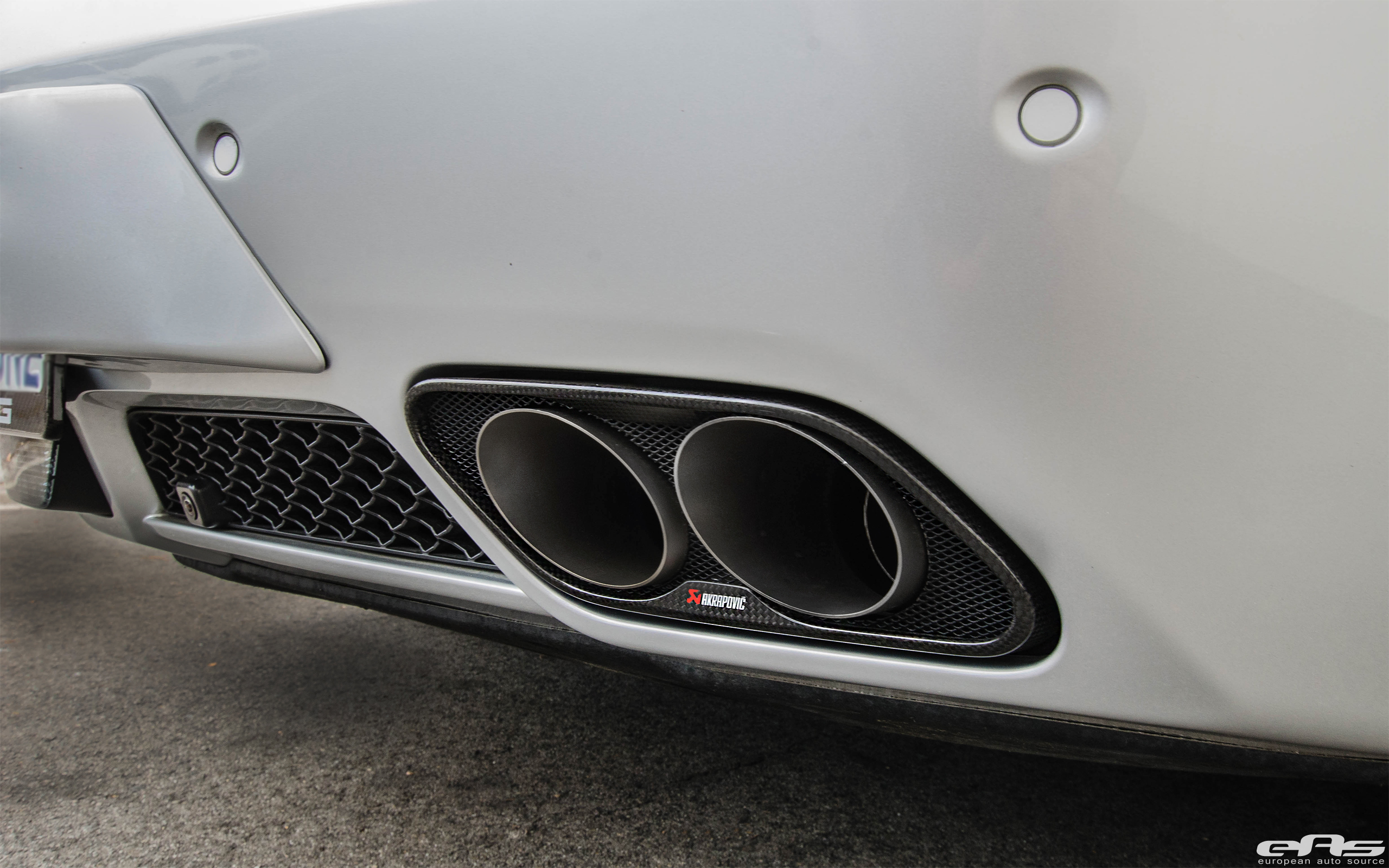 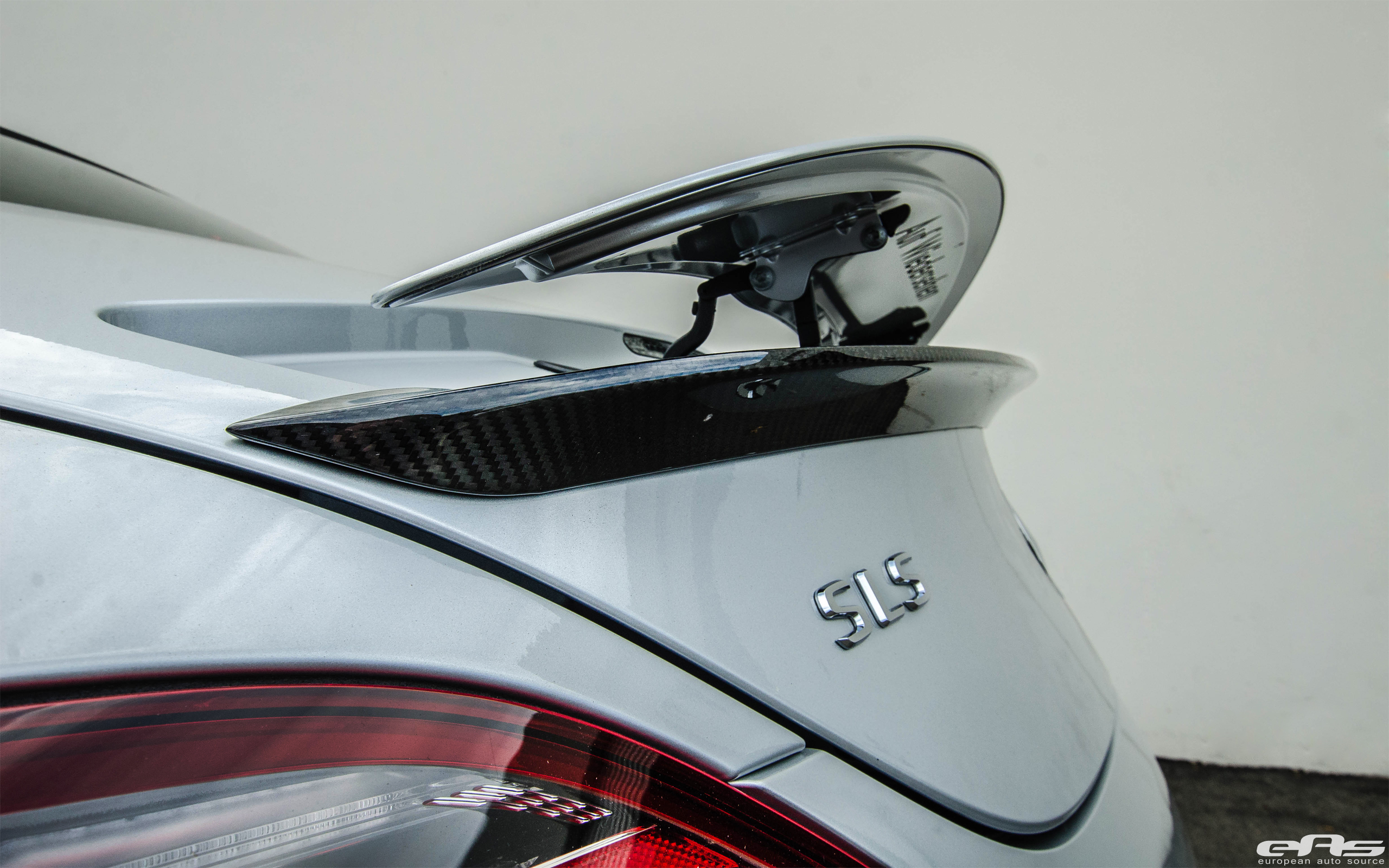 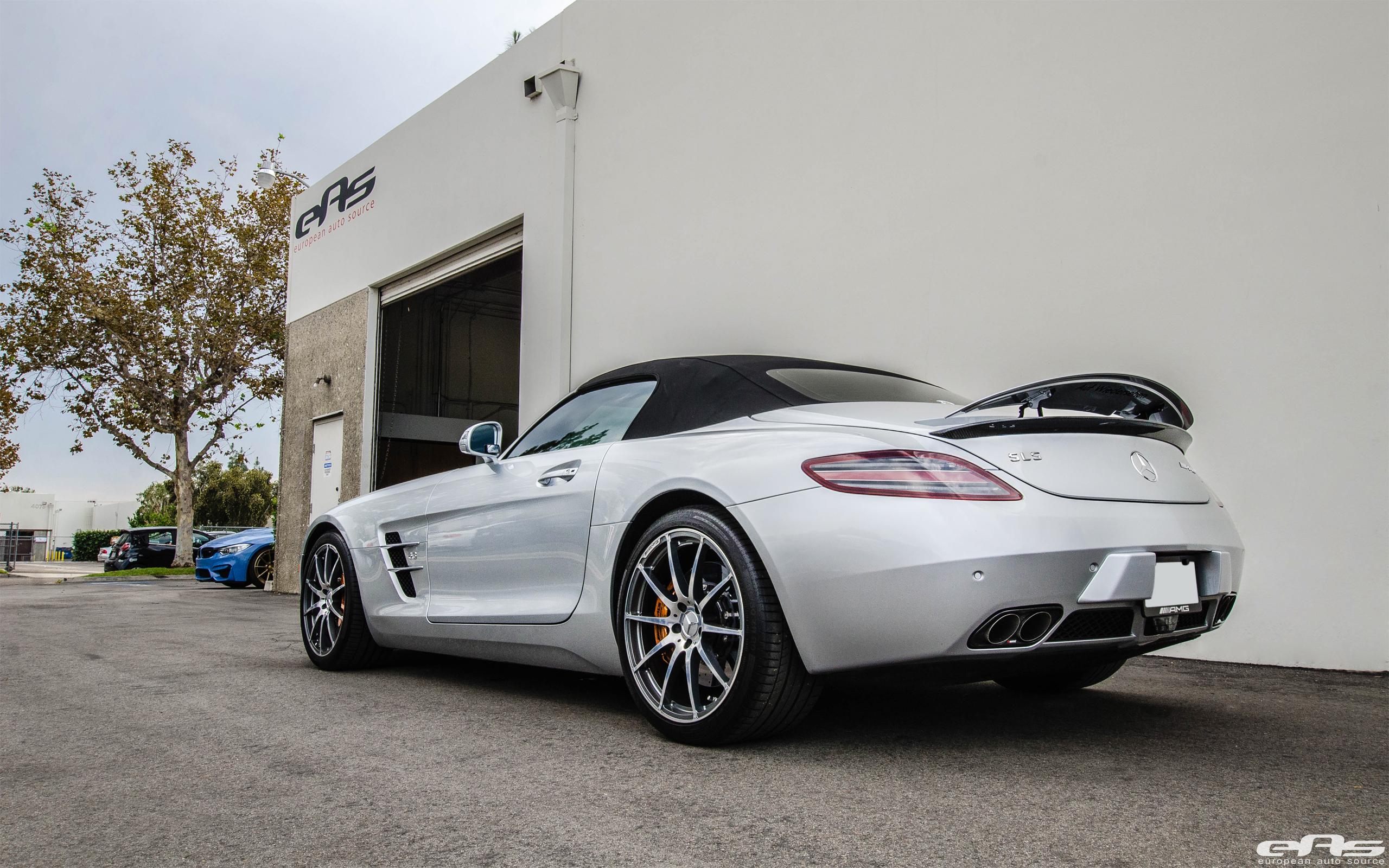 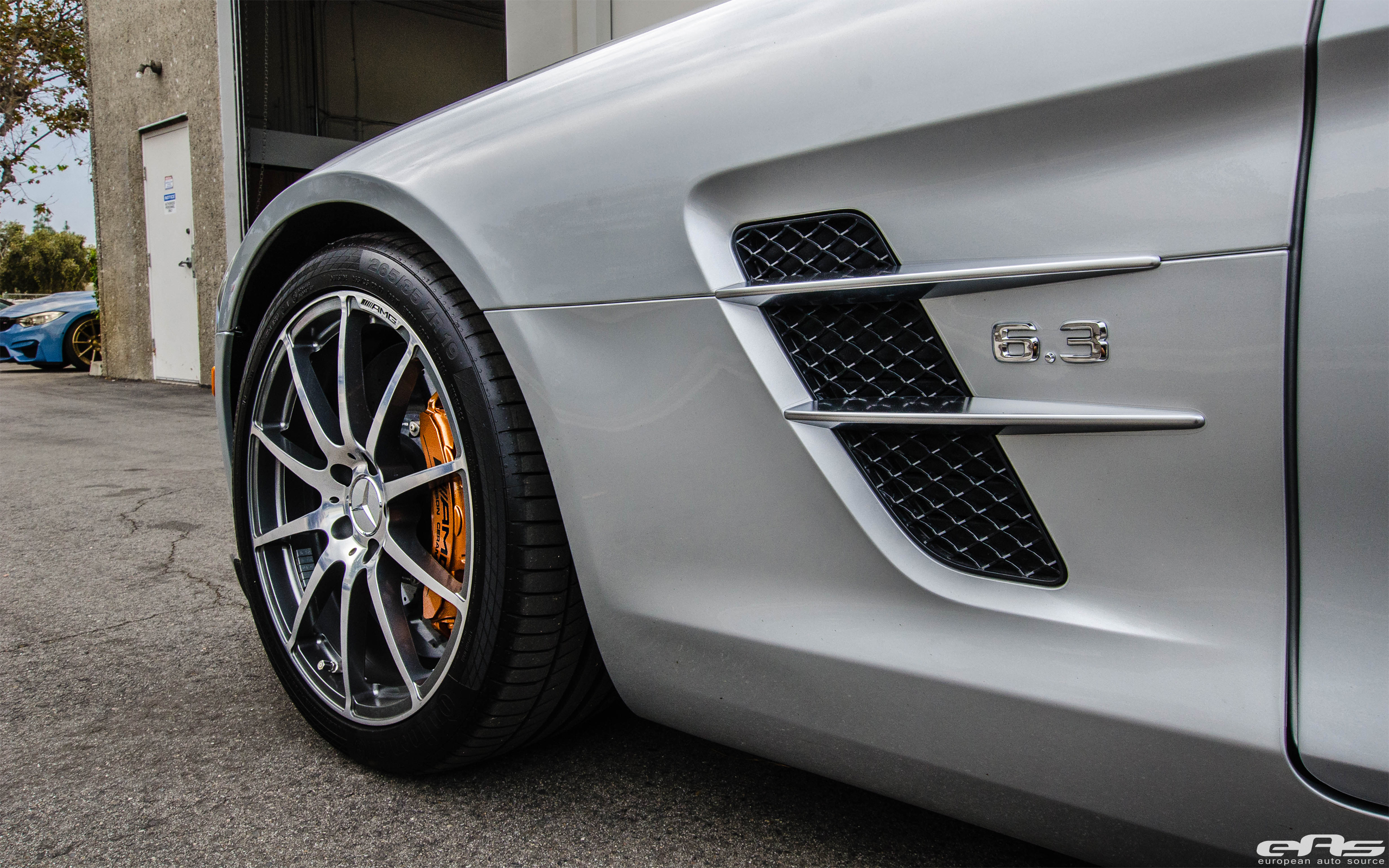 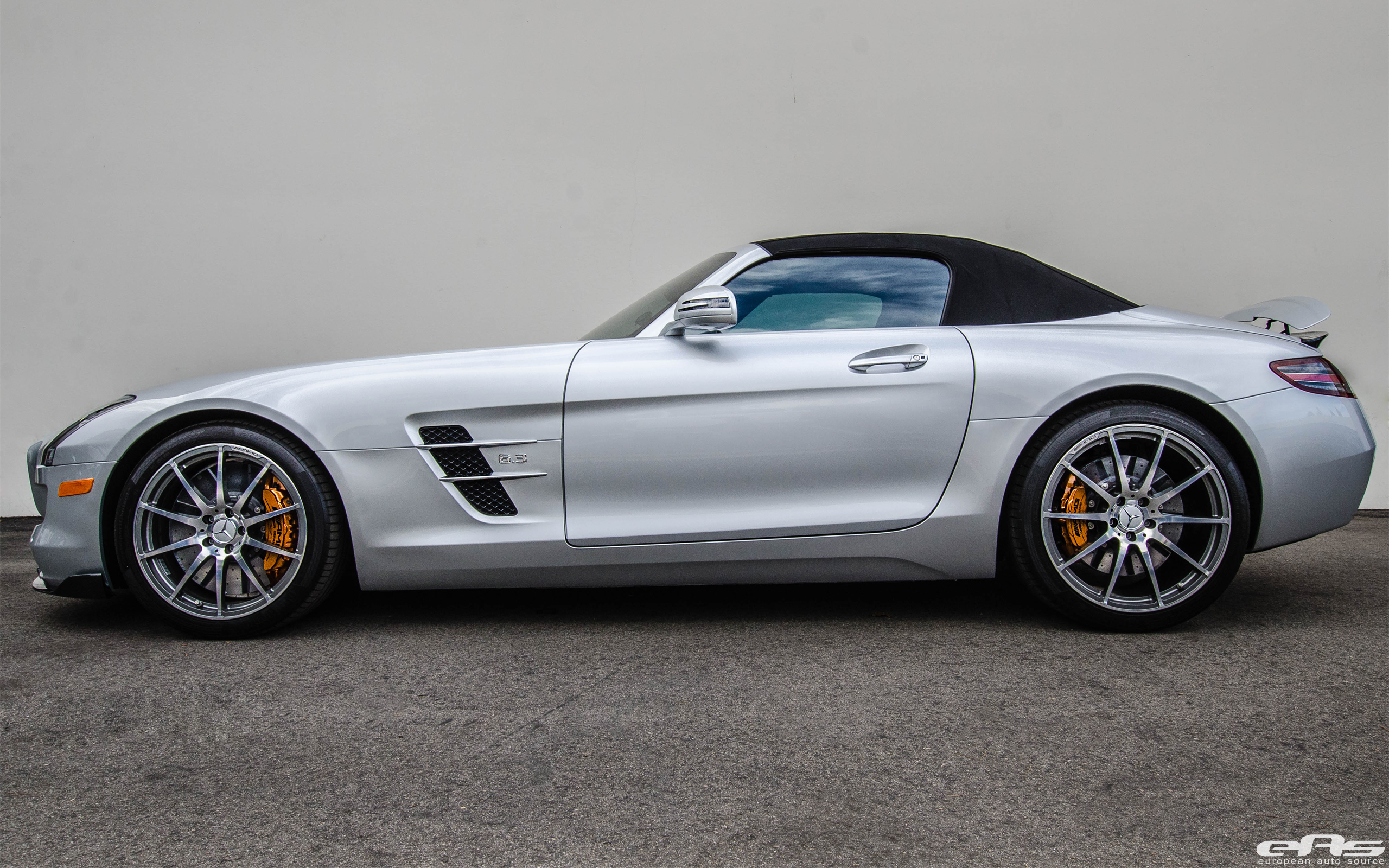 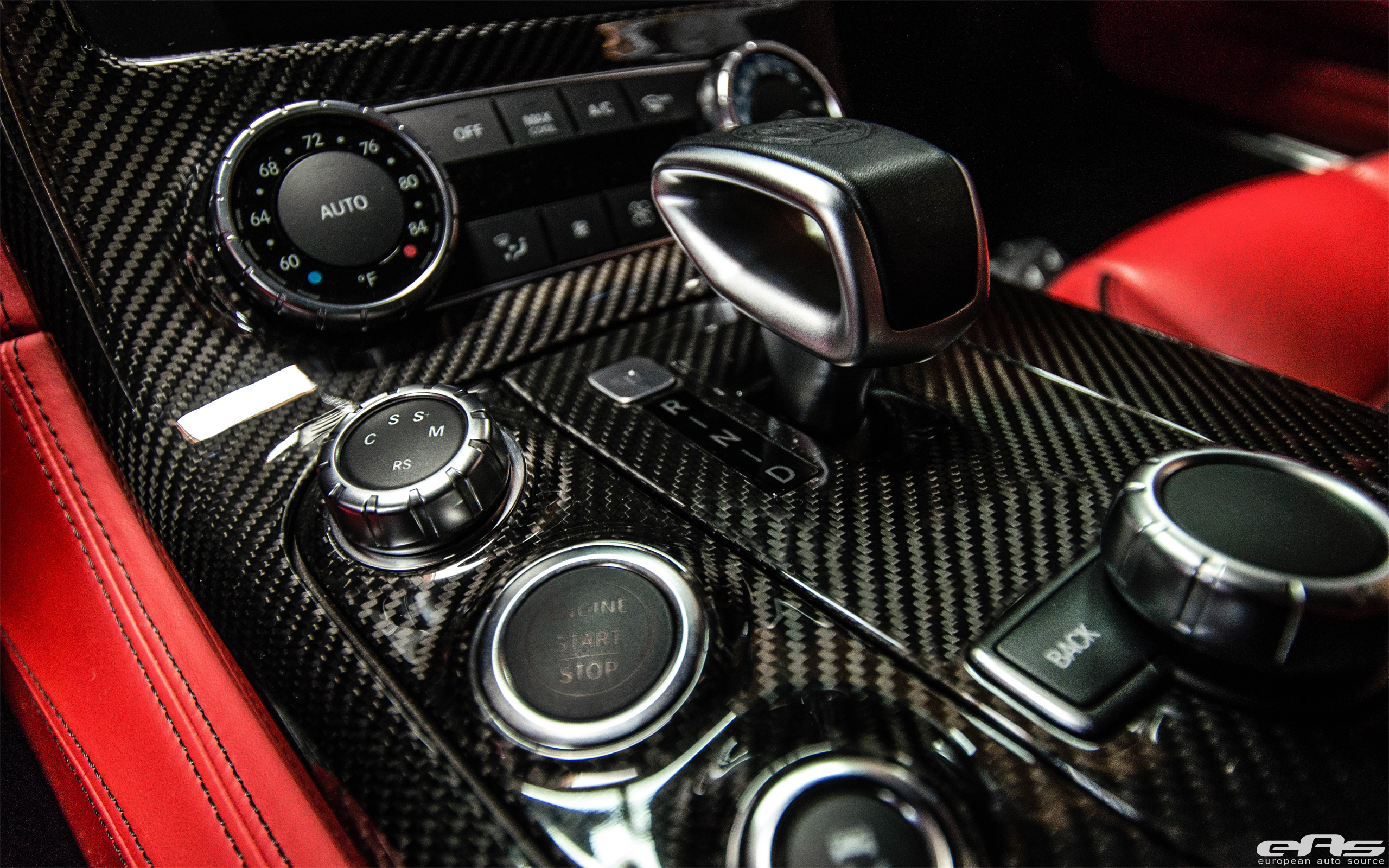 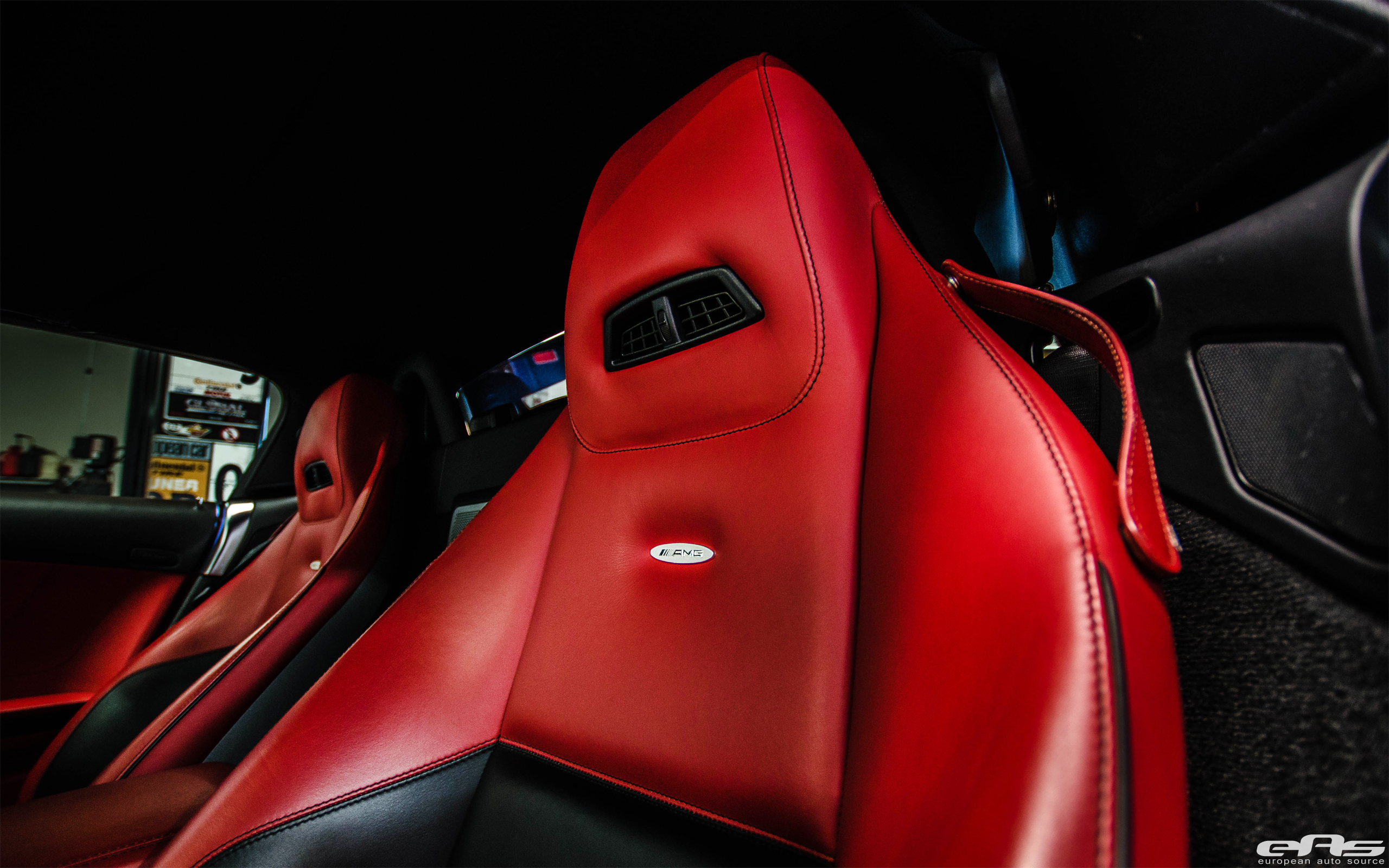 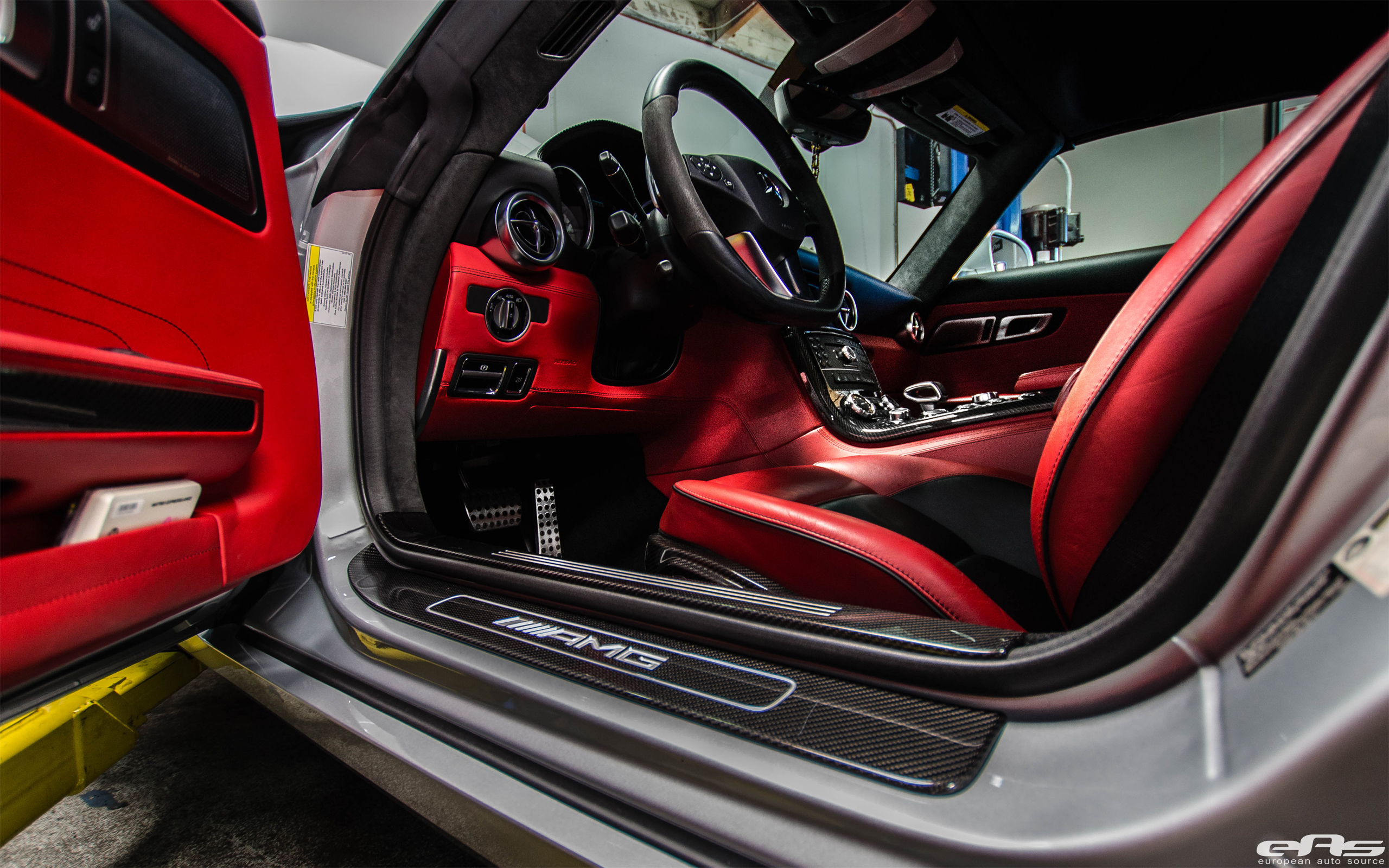 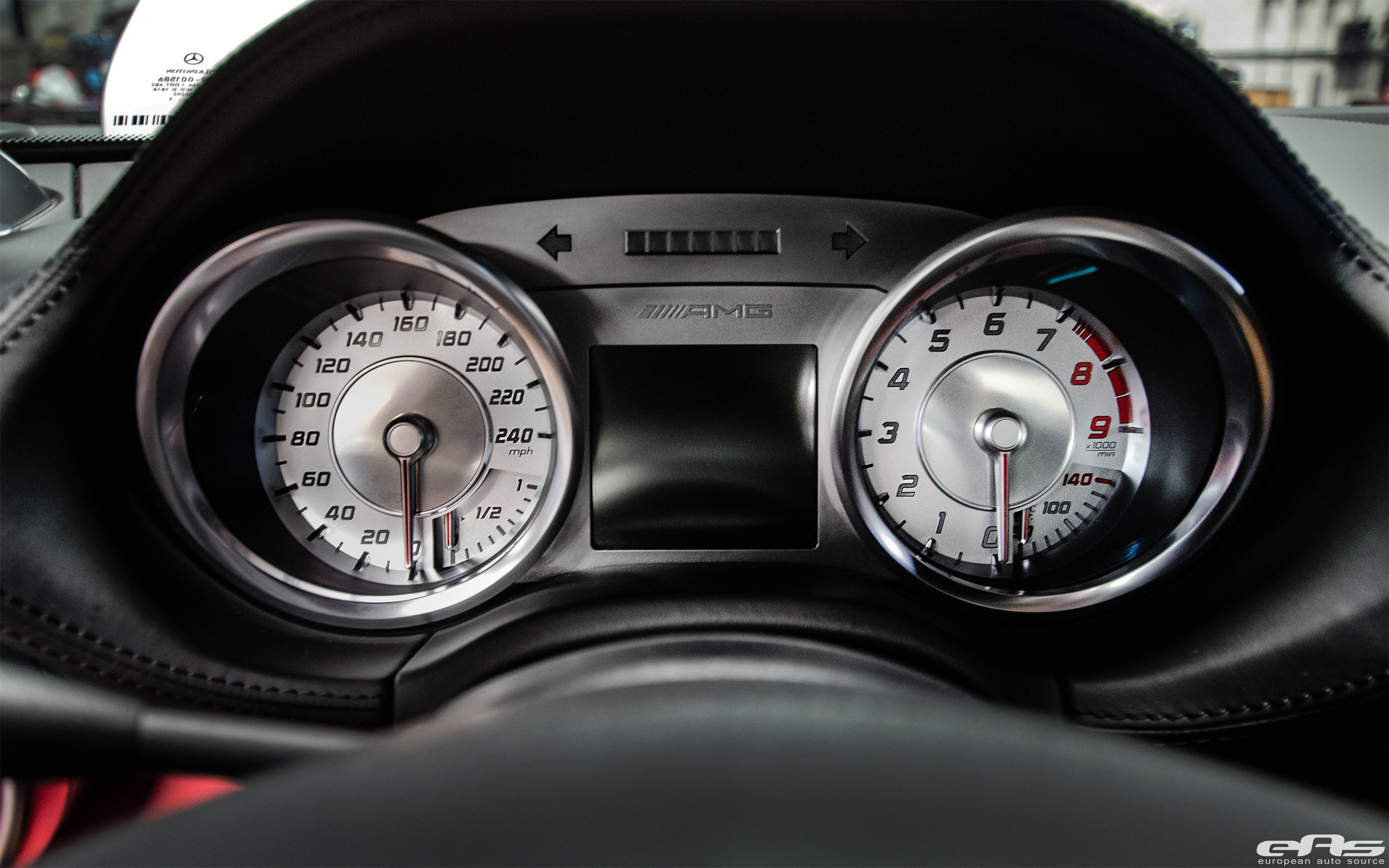 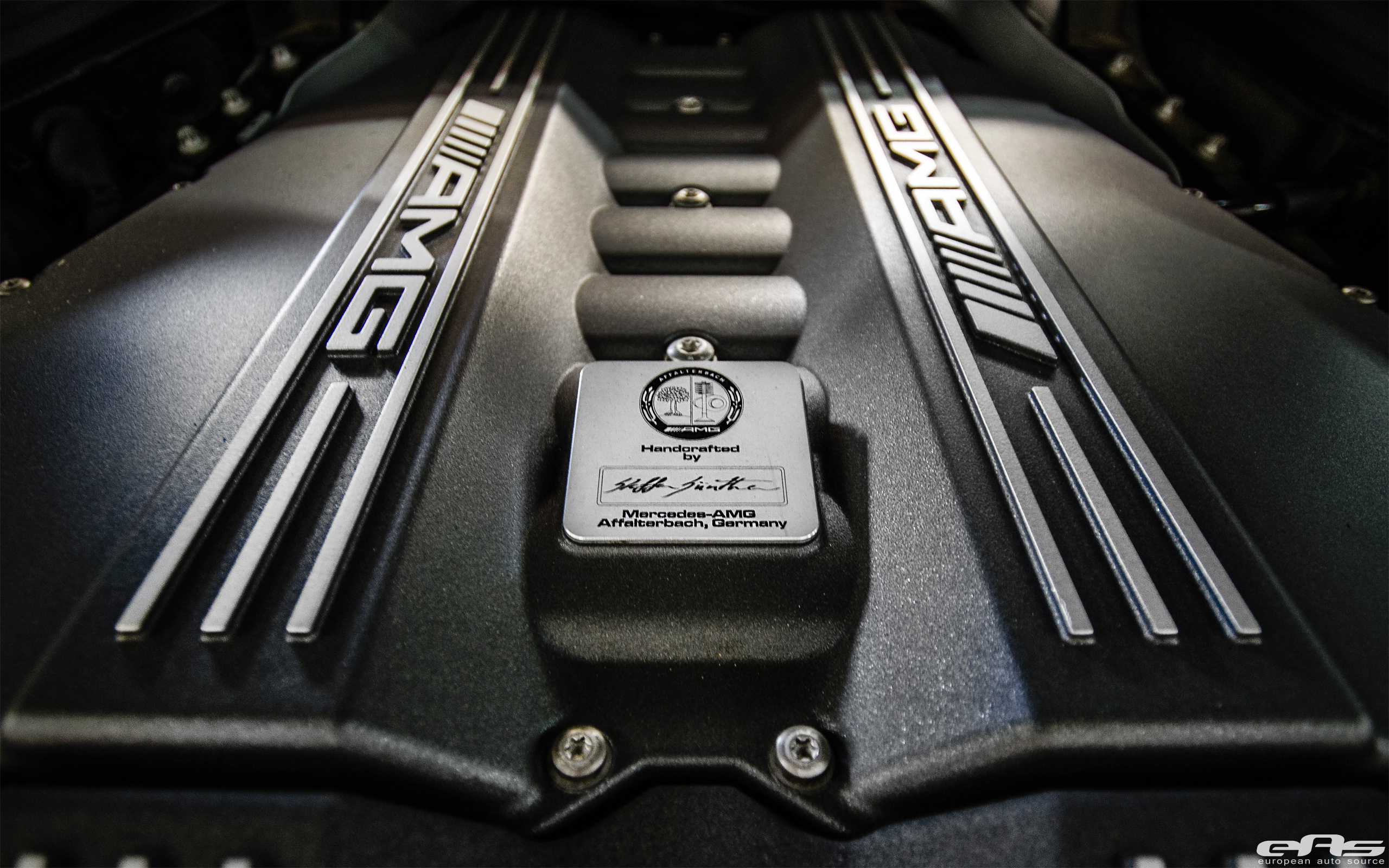